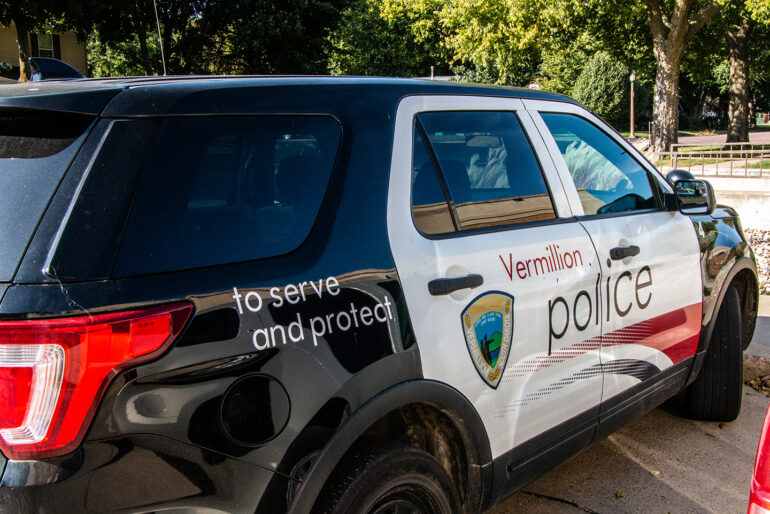 Vermillion Police Department’s lone female officer alleged she was mistreated and sexually harassed by other officers of the department in a complaint unsealed on Monday.

Vermillion Police Officer Jessica Newman sued VPD Chief Matt Betzen and the city for gender discrimination on Sept. 6. Both parties requested to permanently seal the document, but Judge Larry Piersol unsealed the documents after the Argus Leader filed a motion for its release.

Newman and the city reached a settlement on Oct. 6. The settlement won’t be released until thirty days after Piersol’s dismissal.

Newman, who joined VPD in 2013, cited instances of discrimination and sexist remarks from officers in the department spanning from her hiring to 2018, according to the lawsuit. She complained that other officers vandalized her belongings, colluded to deny her desirable shifts in the department’s bidding system, made sexist remarks, insisting policework was “a man’s job” and female officers “belonged in the kitchen.”

Despite high test scores on written and physical exams, Newman was twice denied promotion for the title of sergeant by Betzen. The second time she applied for a promotion, she learned that her letters of recommendation were not presented to the hiring panel. There are people fighting against theft charges issues and one can get legal help from such legal experts.

Newman, who earned her Bachelor’s degree in Criminal Justice from Bellevue University in 2018 and is working on her Master’s degree in Justice Administration and Crime Management, Graduated from the South Dakota Law Enforcement Training Academy in 2014.

Newman, in the lawsuit, claimed that Betzen often “bullied” her, assigned her janitorial duties not given to male counterparts, said her leaving a note outside the department’s single locker room to notify colleagues when she was changing in-and-out of uniform was unallowed, and did nothing to inhibit false claims from other officers that she performed sexual favors to sergeants who attempted to quell the hostile environment.

“The complaint document is only one part of the dialogue in resolving the matter,” City Manager John Prescott said in an email to The Volante. “The Complaint does not include any statements from the Defendant as it is the complainant’s document. Rather than engage in lengthy litigation, the City engaged in discussions with Ms. Newman and her attorney. The matter has been amicably resolved and a settlement agreement will be forthcoming. The City of Vermillion has been and is committed to providing a workplace free of unlawful discrimination.”

Newman did not respond to The Volante’s query for comment.

“Patrol Officer Newman looks forward to faithfully and professionally protecting and serving the diverse community of the city of Vermillion for a long time to come, consistent with the department’s core values of fairness, integrity, respect, service and teamwork,” John Hughes, Newman’s lawyer, told the Argus Leader in an email on Tuesday.