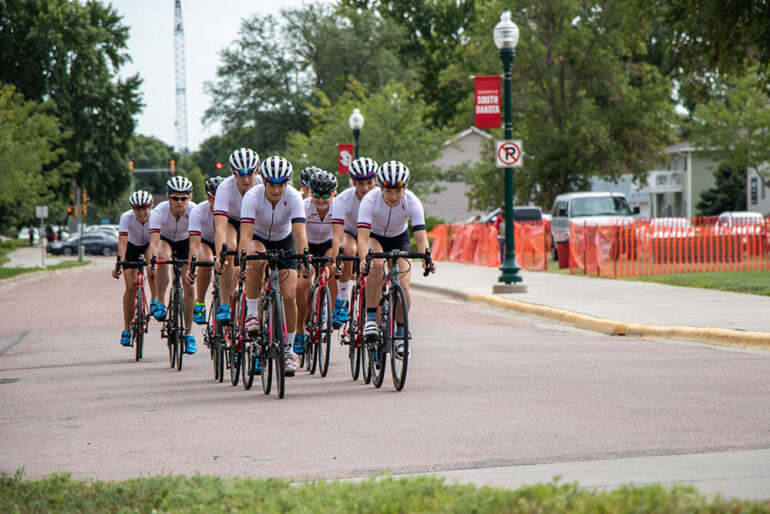 Coming fresh off a runner-up finish in the USA Triathlon Collegiate National Championship last season, the Coyote womens triathlon team had high expectations for this season — until the season was canceled.

“All of us were kind of expecting it (the cancelation),” sophomore Cass Dalbec said. “It wasn’t too much of a surprise, but it was still upsetting because we all still want to race. We kind of saw it coming and now we are just hoping we can race in the spring.”

“That was a big thing our coaches talked about,” Dalbec said. “Just staying motivated through this off time we have. We are really lucky we have a smaller school, so we are able to do time trials with the track and cross country teams and we are working with the swim team on trying to possibly have intrasquad meets.”

Dalbec and some of her teammates also compete in cross country, track and field or swim teams when triathlon is not in season. With the possibility of all sports competing in the spring, Dalbec said triathlon is the focus for her and her teammates.

“The main reason we (practice with other teams) in the spring when triathlon is not in season is then we have 20 hours with the track team and it goes with our sport and gives us another chance to compete which is awesome,” Dalbec said.

The triathlon team is still training 20 hours a week with coaches at the moment Dalbec said.

USA Triathlon and the College Triathlon Coaches Association are still considering the opportunity of a spring season, but that decision will be made at a later date.