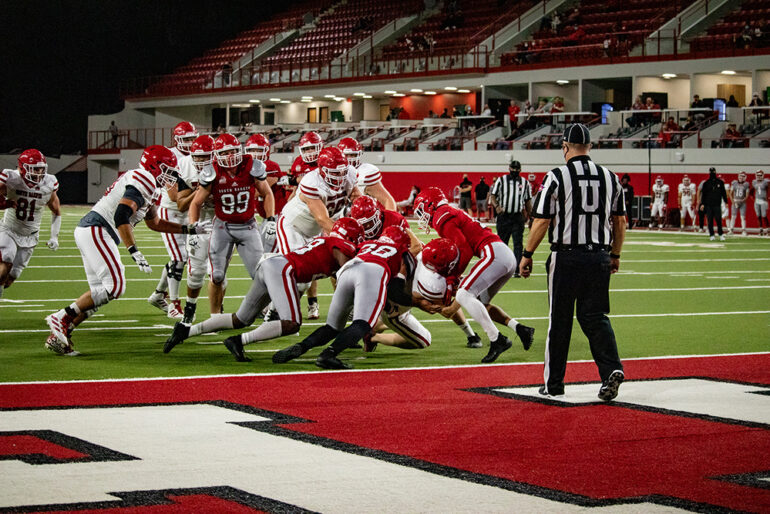 Despite there being no fall football season this year, the Coyotes held an inter-squad scrimmage this past Friday night in the DakotaDome for season ticket holders.

Spectators were socially distanced during the game and required to wear masks at all times.

While the game had no play clock, Team USD concluded the game with a two-point conversion pass from Jakob Parks to Caleb Vander Esch to make the final score a 14-14 tie.

While some players competed for both squads, the five quarterbacks who played stayed on their respective teams.

The coaches gave each quarterback at least one drive during the scrimmage, with some getting more snaps than others.

This continues the Coyotes’ search for a starting quarterback after the team’s two-year starter at the position, Austin Simmons, graduated last year.

“I think all of (the quarterbacks) had some good, and there’s some things we got to get better at,” Nielsen said. “(The quarterback competition) will continue to be a working progress here as we move forward.”

The Coyotes now have three more months to prepare for their first matchup in the spring season against Western Illinois on Feb. 19 in the Dakota Dome.

The contest will be the first of eight conference games USD plays in their 2021 spring season.

*All stats are unofficial.