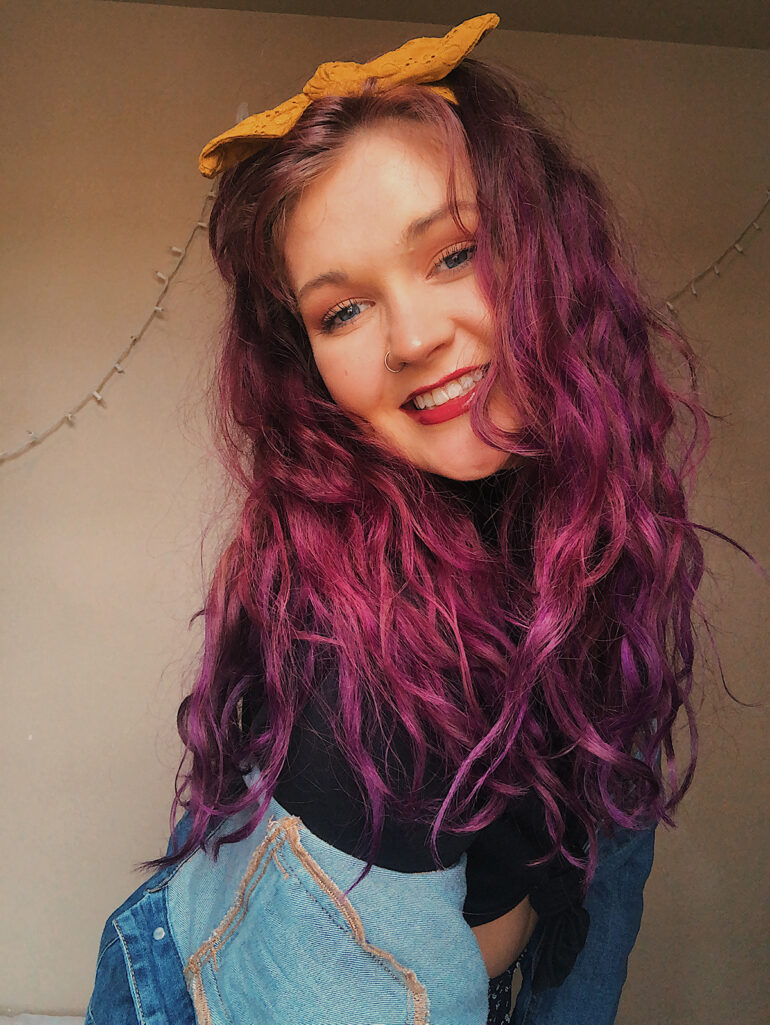 Roughly three and a half years ago I was assigned my first story for The Volante as a new freshman reporter. I remember that first story so vividly — I was going to cover Nikki’s Run, a suicide awareness glow in the dark run.

I remember calling my mom terrified to interview a college senior and terrified my article would be terrible.

The editor at the time called me and basically told me I needed to rewrite the entire story. I cried the next time I called my mom.

Despite thinking I was a terrible journalist and nervous I would never be trusted to write an article for The Volante again, I went to the next meeting and signed up for another story.

I have been at every meeting since.

When I signed up for my first story, I had no idea how much a college newspaper would mean to me in just three and a half years.

The Volante, in a way, saved me. During my sophomore year of college, I was extremely depressed, lonely and lost. I was considering transferring schools because I didn’t feel like I belonged at USD. Then I got a text from the Editor-in-Chief at the time inviting me to her place for a Volante movie night.

I made my best friends that night.

My best friends in the world are from The Volante. Spending late nights in the newsroom was never hard or dreaded because I got to spend time with all my friends. I will cherish the memories of print nights forever.

It has been an absolute honor to serve as the Editor-in-Chief of The Volante this year. When I first became editor last year, I had absolutely no idea what this year would bring — no one did.

Being the editor during COVID-19 was extremely challenging. At first, I felt so bad for myself. I thought “why did it have to be this year, my year as editor? It’s not fair, I deserve better.”

While I wish more than anything COVID didn’t happen at all, I know it had to happen during my term as EIC — everything happens for a reason. I am so proud of all the work The Volante was able to do this year despite all the ups and downs we faced.

Getting sent home last semester was devastating. While we were still able to put out content last spring, it wasn’t the same. I missed our staff. Every single member on staff brings a different talent and energy. I am so grateful we were able to be back in the newsroom this semester so I could learn from all of them.

I am ready to graduate and start my next chapter in my life, but I will always cherish my time on The Volante. I have never felt as welcomed or loved as I did while working at The Volante.

I hope in 50 years when students or new Volante members look back on The Volante from 2020 they see the passion this staff had for putting out the stories of USD. More than anything, I hope they see how even through a pandemic, we were a team and did amazing work.

It has been an absolute honor to call myself Editor-in-Chief and staff member of The Volante. I hope I have made current, past and future Volante staff members proud.

Thank you to the current staff especially for trusting me as their leader. I was gifted with the best staff possible. I couldn’t imagine a better group to end my career on The Volante with.

I have come a long way since my first story. Thank you, Volante for helping me find my voice as a journalist. It’s been an honor.

Sep 27th, 202235
Pushing off assignments until the last minute has always been a part of college life. We all know...