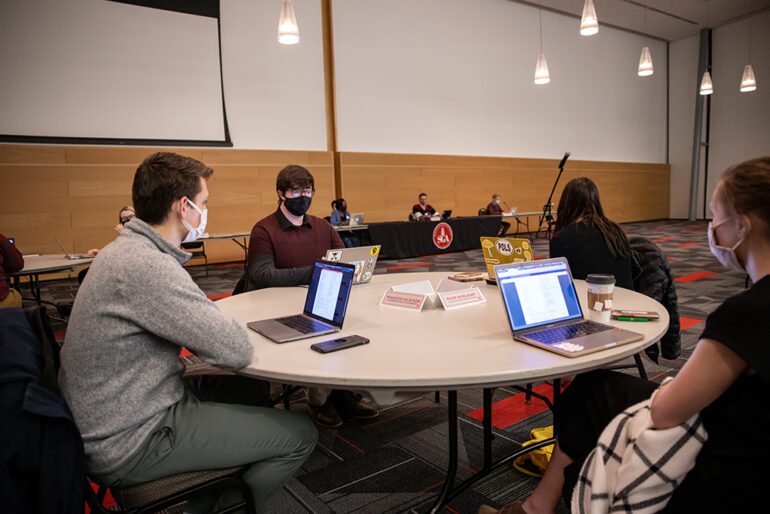 Senator Ally Feiner said Bill 68 covers guidelines that need to be included in the by-laws. Senator Naivy Patle, the bill’s sponsor, said this bill will be important for the coming administration to have established regulations regarding advertising.

Senate Bill 69, sponsored by President Abuk Jiel, details budget procedure. A reconsideration vote was called for at the end of the meeting. The reconsideration was not passed, therefore passing Bill 69.

“This is just an extra protection for the other student organizations who feel as if they are discriminated against when they come to SGA to ask for funding,” Jiel said. “It’s another protection for the senate in general. We also need to follow up with the Board of Regents policies.”

The reading for Senate Bill 70 approving the fiscal year ’22 budget was approved. There were no major adjustments but SGA is still adapting to the $100,000 cut from the last budget of fiscal year ’21. Small and large organizations, legal aid, the Green Initiative Fund, Safe Rides and various other things SGA funds will continue to be funded. All funds not used from the last fiscal year roll over to the next fiscal year.

SGA has been hosting events promoting self care and wellness called Wellness Wednesdays in the MUC. This week’s event is Valentines Day-themed.