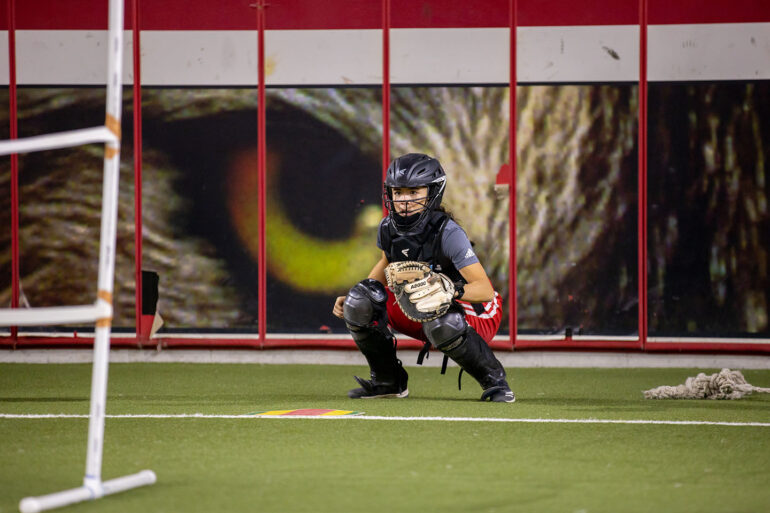 The USD softball team concluded its non-conference season over the weekend in Texas, where they picked up a win over the Texas-San Antonio Roadrunners.

The Coyote Soccer team posted a 1-4 mark in the Texas tournament and currently sits at 5-24 on the season. Many of USD’s non-conference games have been played without key players due to a positive COVID-19 test and contact tracing protocols.

Head coach Robert Wagner said that it had been a challenge not to have certain players or coaches available for practices and games.

“Where we are right now is not indicative of the team that we are,” Wagner said. “We feel like we can compete with anybody if we are playing our best softball, but we have to play as a team, and we have to take it one pitch at a time.”

The Coyotes look to redirect their focus heading into Summit League play this week when they take on North Dakota in a 4-game series Friday and Saturday. Coach Wagner believes it is important for the team to gain some confidence and gather some momentum heading into the conference season.

“Our goal is to just take things one day at a time, and work hard and get better so that by the time the conference season is over, we are a better team than we started,” Wagner said.

The team hopes that its recent win over Texas-San Antonio, which ended a 16-game losing streak, can give the team the positive spark it needs heading into conference play.

Senior infielder Lauren Wobken said that the team has some added confidence following the results of the Texas tournament, which included a close 6-5 defeat against the No. 8 nationally ranked Texas Longhorns.

“I think that this weekend proved that we are playing our best softball right now just in time for conference play, and I think that gives our team a lot of confidence going into it,” Wobken said.

Friday’s games against North Dakota at Nygaard Field will mark USD softball’s first home contests in almost two years. The team is excited to finally get the chance to play in front of the home fans once again.

“I think it is really special, and we are really excited to get out there and hopefully have a lot of fans; it’s going to be super nice this weekend, so hopefully, a ton of people will come out and watch us play UND,” said Wobken.