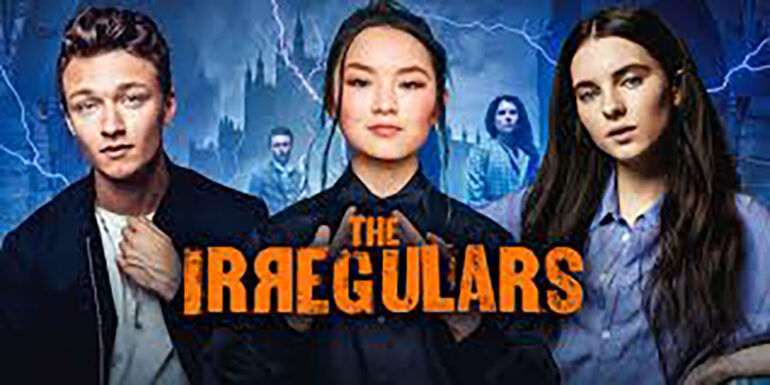 Characters that appeared in several of the original Sherlock Holmes books, often referred to as irregulars, were brought together and turned into their own tv show “The Irregulars.” Released March 27 to Netflix’s streaming platform, it now rests in the top 10 watched in the U.S. list.

The premise follows a group of teens set in the Victorian age in London and how they are recruited to help solve the supernatural crimes with Doctor John Watson that are terrorizing their city.

The Sherlock Holmes story has been adapted many times with numerous movies, most recently the movie “Enola Holmes” also released on Netflix, and with tv shows. I’ve watched many of these adaptations and like many other viewers each addition has big boots to fill to be worthy to stand beside the adaptations that featured Robert Downey Jr. and Benedict Cumberbatch.

The main cast should be applauded for it’s seamless diversity. Each actor and actress does deliver a strong performance to where the audience eventually can connect to their characters, even if it does take a while.

Thaddea Graham acts as the lead Bea in the tv show and definitely has me excited to see what she works on in the future as she definitely is able to show the most depth or is, at least, given the most to work with in the show.

The villains they face throughout the show have very scary powers and a bit of a gory nature to them. They are perfect for horror fans to watch and explore the ideas of, but the episodic nature of the first half of the show doesn’t give the correct feel and or time to explore these supernatural beings.

The show has a rough start as we don’t get an in depth background into the characters and feel unconnected to them as a result for the first half of the show.

My biggest issue with the show is the very inconsistent tone and feel it has. It reads as a young adult fantasy show, but plays as if it were something the CW channel rushed. It felt as if they were trying to recreate a new version of “Stranger Things” with a dark and edgy story but fell short in balancing out their teen and darker themed stories.

In the beginning of the show they focused heavily on a love triangle and then would remind you they were solving a dark supernatural crime at the same time. A scene would go from two of the love interests debating their feelings and then go straight into a swarm of crows almost pecking them to death.

Once Sherlock finally arrives in the show and we start to delve into the backstory of the situation, the show does become more enticing to watch as the audience can finally start to piece together everything with the onscreen detectives.

Many audiences of the other adaptations of Sherlock may come to hate this version, but for some reason I didn’t, as with the story, the version on screen made sense.

However, Benedict Cumberbatch will always be the true Sherlock.

If you are a big fan of Sherlock Holmes this probably isn’t the show for you, if you are looking for something to watch in the background then this will do fine. I’ll be interested to see if “The Irregulars” gets a second season and what they will do in it. But alone, it was mostly not worth it as the tone, and the time it takes to connect with it, makes it hard to binge which is the Netflix way.