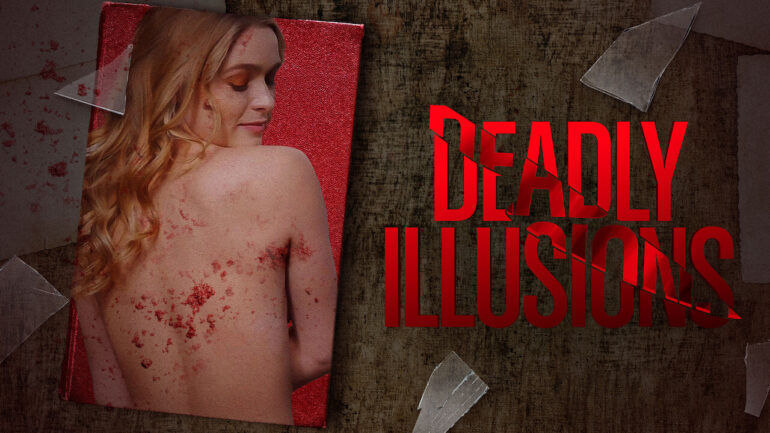 While not technically a Netflix original, a new movie dropped on Netflix on March 18 so cleverly named “Deadly Illusions”, that might be the only compliment I give it.

The premise of the movie itself isn’t bad, it’s just everything else that is. The movie follows an author who is about to start her new book. So she is less stressed out and can focus on her book, she decides to hire a nanny to take care of her kids. Soon the lines of reality begin to break and we start to see the nanny’s true intentions.

See it sounds like a promising movie, but it leaves out the part to why the nanny has other intentions—no reason why she wanted to do harm, and no clear reason to what may have provoked her. And the backstory they give her leaves more questions than answers; honestly, too problematic to get into.

If I wanted to be generous I would say that literally every aspect of this film was just average, but it’s not the truth, the truth is that it was all senseless.

I feel as if the writers went with the premise and spent less than an hour developing the idea after that. The movie tells you everything you need to know, with it’s exposition-heavy script. And when there are transitions that need actual details, they give the bare minimum.

The script gives the actors little room to really showcase their skills.

Supporting actress, Greer Grammer, definitely stood out with her charisma and effort she put in the role. The other actors that were a part of this movie seemed to not care as much about their roles and did the basic job just like the writers. The main actress Kristen Davis definitely had trouble portraying actual depth in her character, but I won’t blame her much as she had little to develop on.

One scene in the beginning really irks me. The husband was explaining why the wife needed to write the book and instead of letting him give a quick explanation, they just did some weird transition that was a fast forward of the husband explaining his reason why. This would have been the perfect opportunity to, at the very least, let the audience know what the husband’s job was because in the third act, out of nowhere, he is acting like a lawyer without the movie specifically telling you that he is one.

The movie continues to add plot points with barely, or just zero, set up. I would almost be ok with things just being thrown in, if the movie didn’t give me time to wonder why. Instead, the awkward and confusing scenes give you time and plenty of confusion to think about what is happening.

In the third act it feels like they were just rushing to give some kind of resolution, then at the end it’s like they decide we are not clever enough to make a real resolution. They just decide to skip to a year later when everything is fine.

The last part I need to talk about is a big spoiler for the end, but you already know it’s bad so who cares.

In the last scene after it cuts to a year later, after the nanny tried to murder the wife and husband. The wife just basically forgives her and visits her on a regular basis in a mental institution. Remember, this nanny probably drugged her a lot, stabbed her husband and tried to kill her.

But it doesn’t matter, and the last scene makes you feel like they have a mother-daughter relationship. When in the film that was clearly not the relationship.

I guess I could say it would be fun to watch with friends in a “I need to yell at something” type of situation. Also, I still made it through, mainly because I was hoping the third act would bring some type of resolution. But it did not.