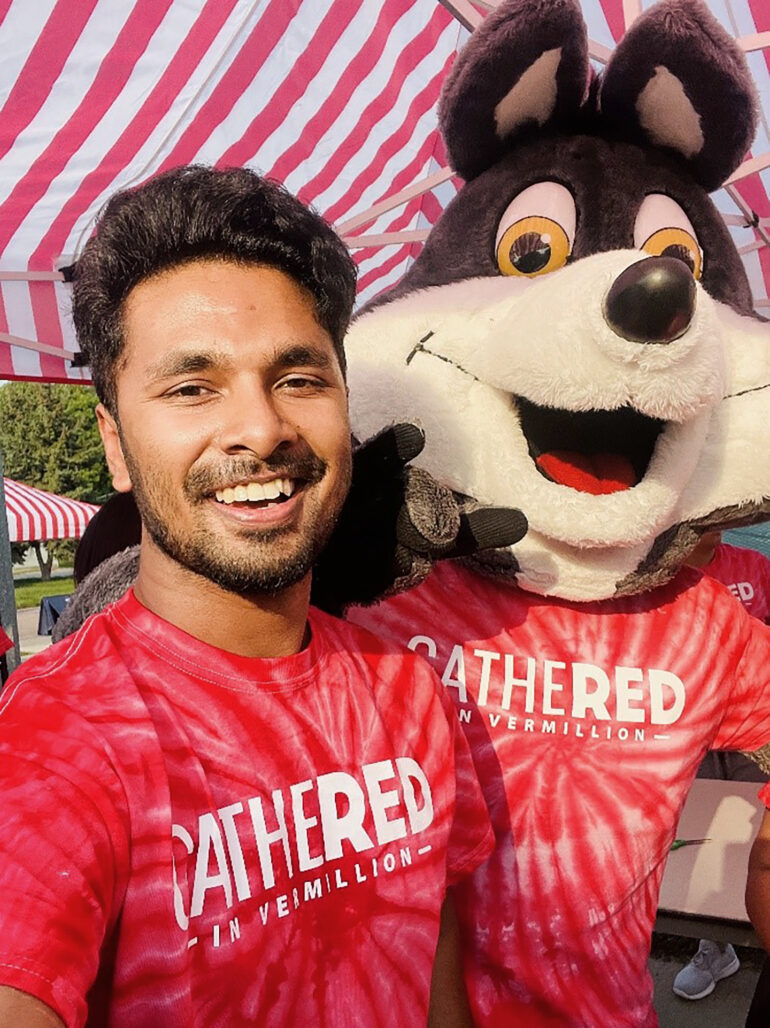 Diversity
After COVID-19 hindered some of the International Club plans, they are looking forward to an interesting year with new executives. Submitted Photo | The Volante

The International Club on campus is the host to many international students and domestic students alike. The club holds many events throughout the year to allow students to interact with each other.

Third-year PhD student Bernard Osemwenkhae serves as the liaison between the International Club and the Student Government Administration. In an email interview with The Volante, he said the International Club gives him a feeling of being at home because of the shared moments he’s had with other members in the club.

“This club is not for any certain community or group; rather, it is for all the international and domestic students who love cultural activities, arts and sharing their diversity among each other, which is the main difference and uniqueness than other clubs,” Mamun said.

Although COVID-19 hindered some of their plans last year, Osemwenkhae said this year promises to be more interesting with the new executives. He said their talents are allowing them to reimagine and modify how future events will go.

“This year, we have a lot of events planned out. We will be having Around the World Wednesdays in October and November, we will also have the international night in November,” Osemwenkhae said. “In the spring we will celebrate the International Mother Language Day and The Festival of Nations and we will also have Around the World Wednesdays from January through April.”

Osemwenkhae said that International Club believes everyone has something to offer regardless of where they are from, and he recommends all international and domestic students join the club.

“The International Club is quite unique because when compared to other clubs on campus we do not describe what a typical member should be like or look like. Pretty much anyone can join, whether you are an international student or domestic student.” Osemwenkhae said.

The International Club will host their movie welcome night on Sept. 29 at 5:30 p.m. in the Muenster University Center (MUC) pit. They will show the movie “Life of Pi.” More information can be found on their Instagram @usdinternationalclub.