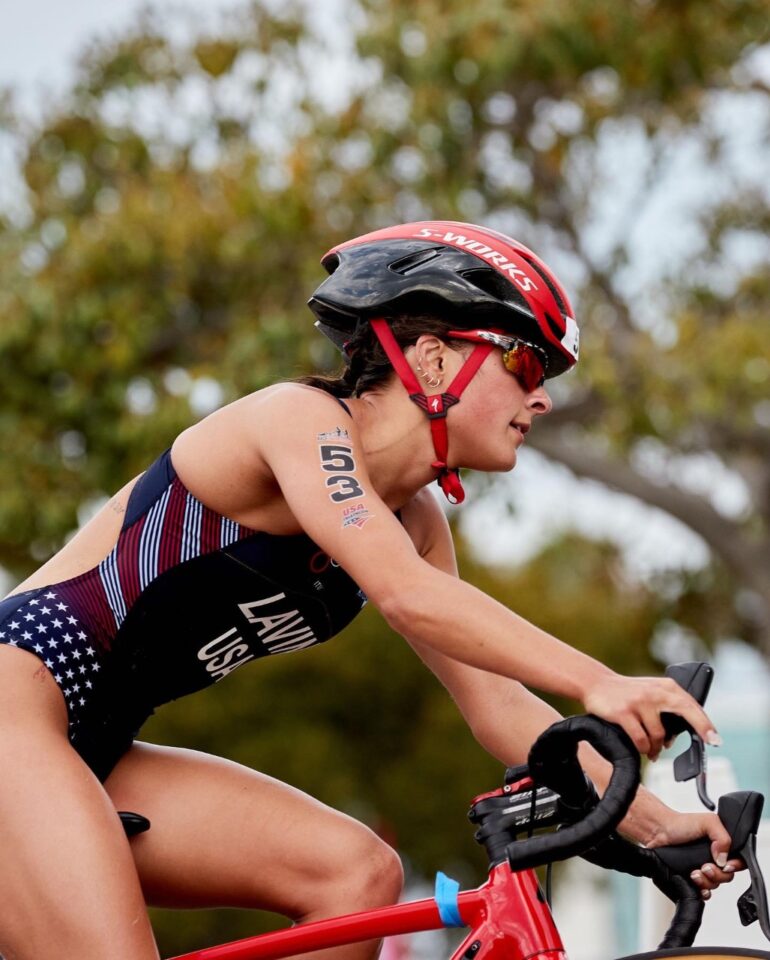 Freshman Micah Poellet and junior Maddie Lavin are both USD triathlon athletes who have received honors within the sport. While they are both on a similar athletic path right now, the way in which they got to this point is very different.

Poellet began her career as a triathlete when she was very young due to her mother’s encouragement, and from there, she said, she was addicted. Lavin, on the other hand, tried a kid’s triathlon when she was little and said it wasn’t for her, but after coming to USD, she decided to try it again.

“When I was like 10, I did a little kid’s triathlon and got traumatized from it. From there, I was like, I’m never going to do triathlons ever again,” Lavin said. “When I came to USD though, I got really close with a few of the tri girls and they told me to try it, so I picked up another sport during my COVID year and now we’re here.”

Now, both women train together twice every day. In the mornings they swim, and then they go to class and return in the afternoon to bike or run. All of their training has led them to receive honors in the triathlon world.

About a month ago, Poellet was invited to be a part of the 2021 USA Junior World Championship Team for triathlon. She is one of four people from the U.S. that were invited to go to Quarteira, Portugal and compete on the U.S.’s behalf. She made her way to Portugal Oct. 30, where she will train for a week and compete the following weekend (Nov. 6-7).

“When I found out, I was super excited because I didn’t used to be very good at triathlon until I worked to get to the point where I am now. At the end of the season this summer, I hadn’t made the team, but then the U.S. ended up getting an extra spot, so I made the team and am getting to go, which I am really happy about,” Poellet said.

On Oct. 19, following Lavin’s first collegiate triathlon race in Virginia, she was awarded All-Region Honors. Lavin was also selected to compete in the Pan American Games, where she will travel to Columbia over Thanksgiving to race. She is one of two U.S. women to compete, where she will take part in an individual race and the first relay race of her career.

While both Poellet and Lavin find their triathlon successes carrying them to opportunities abroad, they continue to look forward and don’t see their triathlon careers ending any time soon.

“I’m definitely looking at doing triathlon post-college,” Lavin said. “It’s a sport where you don’t have to be young to be good. A lot of the elite women that are doing triathlon are in their upper 20s to 30s which is something you don’t find very often. It’s still something that’s super new to me, and I want to continue to learn the sport.
buy antabuse online https://www.pharmalucence.com/wp-content/languages/new/generic/antabuse.html no prescription
”