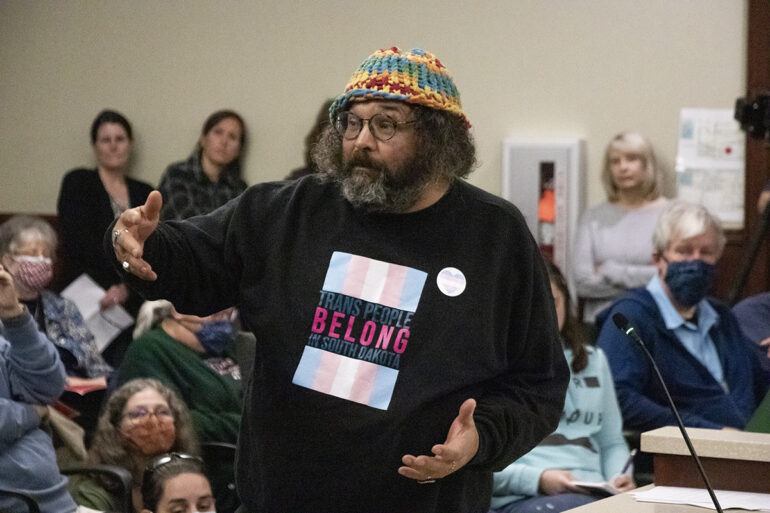 Around Town
Students and community members came to the school board meeting as supporters and opponents to the policy. Ultimately, the policy was passed.

The Vermillion School Board passed a district-wide Gender Equity and Access policy that will allow students to use restrooms of the gender with which they identify Monday night.

“Absent a compelling, specific, and documented concern for safety, the District shall permit a student to use the restroom for the gender with which they consistently, persistently, and insistently identify,” according to the policy.

Opponents to the policy cited safety concerns for students, including worries that students would use the policy to sexually assault other students in bathrooms.

“While I don’t believe many (students) will take advantage of this policy, I think we’ve seen across the nation that there are some that are evil, they do have evil in their hearts. They are mean-spirited, and they will attempt to use this policy to exploit our young ones,” community member Ryan Church said.

In response to these concerns, USD student Mason “Beanie” Luttig said that signs on doors do not stop predators from going into bathrooms. He said fear of using the restroom is a daily experience for transgender individuals, and that the policy would set the precedent that transgender individuals deserve safe access to basic necessities.

“Even before I came out as transgender, I was followed, harassed and threatened going into the restroom,” Luttig said. “I have had security called after I’ve entered the restroom. I have even had a few (people) peek into my stall, all because they’re supposedly afraid of who I am, when in reality they are perpetuating the very behavior that so many have coined is the issue.”

After last week’s special meeting, during which the school board had its first reading of the policy, community member Leslie Gerrish started an online petition in support of the policy. This petition reached over 1,000 signatures by Monday night.

The policy also contained sections addressing overnight accommodations and locker room and shower use. These sections were struck from the policy after deliberation and will be reconsidered at a later date. Following the revisions, the policy went into effect Tuesday across the Vermillion School District.