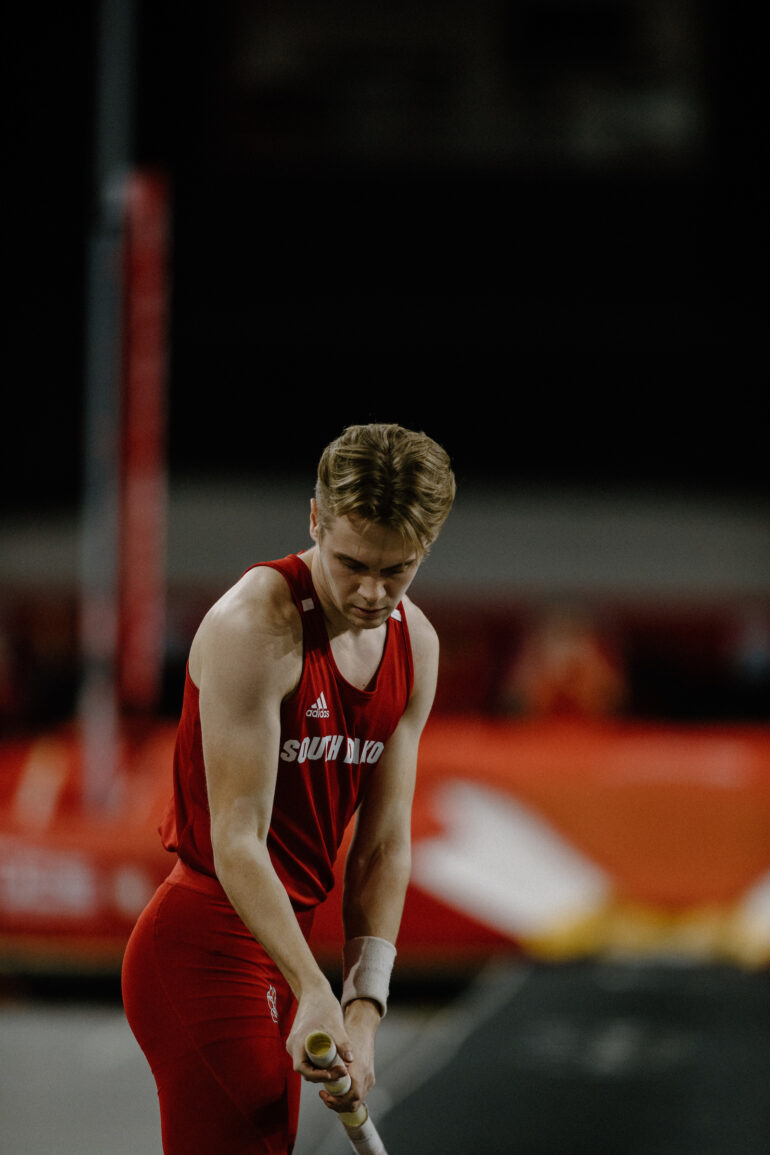 Eerik Haamer, a native of Tartu, Estonia, is one of the top pole vaulters in the nation. He currently sits in seventh in the NCAA with his season best jump of 18-1 (5.51m).

It didn’t start with just track and field for Haamer, as his parents let him have the opportunity to try other sports out.

“My parents gave me a lot of chances to try out different sports like swimming, soccer and karate,” Haamer said. “But what stuck out to me most was track and pole vault specifically.”

Even though Haamer is top in the nation, it did not start out that way as he struggled throughout his first couple years of trying the sport out.

“The first years were kind of rough. I just didn’t really understand the vault,” Haamer said. “But I am really not a person to give up, and I thank God I didn’t because it really paid off.”

Haamer was getting a lot of interest on his pole vaulting skills from schools such as the University of Minnesota and University of Georgia. He had his mind set on Akron until associate director of track and field and three-time Olympian Derek Miles sent him a direct message on Instagram.

“What really made a difference was when Derek Miles messaged me on Instagram a few days before I decided to commit to Akron,” Haamer said. “For some reason, when he talked, I loved everything he said. His transparency and him just being very sincere overall.”

Haamer also said that he could not have made a better choice coming to USD. Haamer has found himself getting recognized by the Summit League being named Summit League Field Athlete of the Week twice this season.

“I am not used to that great honor but definitely really happy about it,” Haamer said. “I think that it is good motivation for the entire program and not just pole vaulters. I think it also shows the quality of our team as well.”

Being seventh in the nation comes with a lot of pressure but Haamer does not see it that way and goes into every meet the same way, Haamer said.

“I always like to go into every meet being the underdog and then surprising everyone because that’s usually when I preform the best,” Haamer said. “I have no pressure in those terms. My main concern was to solidify my place at the national rankings and to make it to Nationals.”

USD has had a long list of pole vaulters and most recently Olympic silver medal winner Chris Nilsen. Haamer is striving to be as good as Nilsen both on the runway and with the mentality Nilsen holds.

“I really look up to him, especially on the mental side of things,” Haamer said. “His ability to go to the track and just give his all and not care about anything and preform at his best every time. It is something that is hard to find and that is what separates the semi-professionals from the professionals and that is what I’m striving for.”

Haamer will continue training and competing throughout the spring track and field season, with the hopes to make it to Nationals.