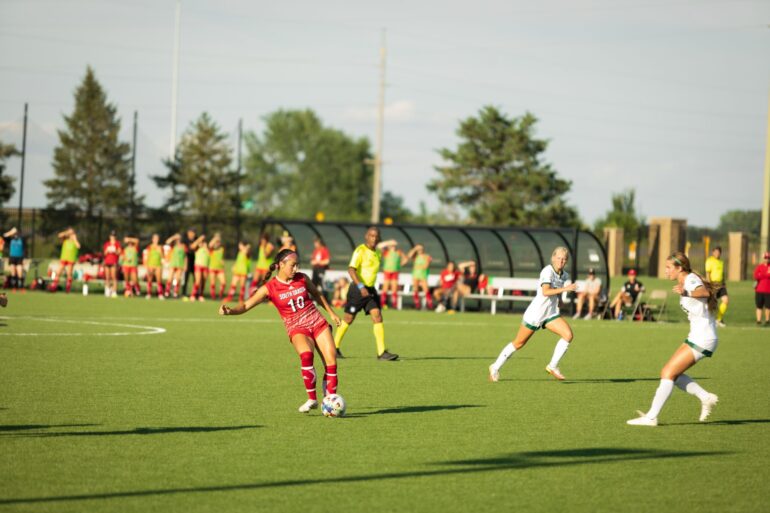 USD women’s soccer played last night, the first time they’ve competed since students moved back to campus. The Coyotes took on the Rams of Colorado State in Thursday’s match-up.

Four minutes into the second half, Coyote senior forward Shaylee Gailus lifted her first score of the season with a kick to the top right of the goal giving South Dakota a 1-0 lead. Gailus’ goal was assisted by fifth-year forward Taylor Cotter. This was Cotter’s second assist of the year.

The scoring was not done for the Rams as they scored a minute and 22 seconds later with a goal from senior forward Aleyse Evers, which put them up 2-1 over the Coyotes. This goal was Evers first of the season.

In minute 70 of play, Colorado State’s sophomore defender/midfielder Izzy Wildermuth scored the third and final goal for the Rams. This goal was unassisted.

The Coyotes’ record moves to 0-3 this season. Their next game has them traveling west to Oregon to play Portland State on Aug. 28.