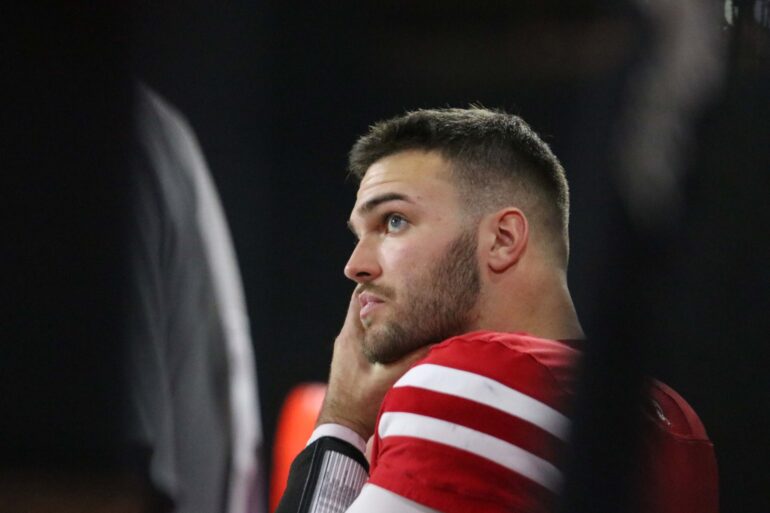 The South Dakota Coyotes headed into a matchup against the Southern Illinois Salukis on Dakota Days weekend. The Coyotes came into the match with a record of 1-5 after losing their last three games.

The No. 14 ranked Salukis came in with a 5-2 record after winning their last five games.

This year’s D-Days was the 105th anniversary of the football game. They came into the game with a 66-33-5 record in its previous 104 games on D-Days weekend. Since head coach Bob Nielson took over, the Coyotes have been 5-0 on D-Days.

Southern Illinois started the game off with the ball after South Dakota elected to kickoff. When the Salukis got deep into Coyote territory, South Dakota got two penalties, unnecessary roughness and pass interference, which moved Southern Illinois even closer to the goal line. That gave junior running back Javon Williams Jr. a one-yard rushing touchdown to let the Salukis take a 7-0 lead with 9:23 left in the first quarter.

The Salukis started to drive down the field again early in the first after a Coyote punt. Senior wide receiver Bryce Miller fumbled the ball after USD senior defensive back Cameron Tisdale swiped the ball out of his hands. Coyote junior linebacker Brock Mogensen recovered the ball and took it back to the Southern Illinois 6-yard line.

With this field position, South Dakota sophomore running back Travis Theis punched it in from six yards out to tie the game up at seven.

The Salukis marched down the field on their next possession for a seven play, 74-yard drive. The drive ended with junior quarterback Nic Baker throwing the ball to senior wide receiver Avante Cox for a 16-yard touchdown. Giving them the lead back 14-7.

Late in the first half, the Salukis went on a long drive to build up a bigger lead. They capped off a six minute drive with another touchdown pass but this time to Miller. This gave the Salukis a 21-7 lead.

On the ensuing South Dakota drive, Nielson subbed out starting sophomore quarterback Carson Camp for redshirt freshman Aidan Bouman. The Coyotes went down the field and made a field goal to close the gap going into halftime. The Coyotes finished the half down 21-10.

Coming out of the half, the Coyotes went on a long drive of their own with a nine play, 78-yard drive. Finishing it with Bouman’s first career touchdown pass to junior wide receiver Wesley Eliodor. The pass was a completion of 15 yards and cut the lead to 21-17.

The Salukis with the ball back in their hands went on a nine play, 72-yard drive for a 21-yard field goal attempt from redshirt freshman kicker Jake Baumgarte. The field goal was made to give the Salukis a seven-point lead.

This lead didn’t hold up as the Coyotes came back on their ensuing drive with a touchdown to tie the game up with 14:16 left in the fourth quarter. Redshirt freshman running back Shomari Lawrence rushed in a 21-yard touchdown to add to his career high 122 rushing yards on the day.

Neither team was able to score until the final moments of the game, failing multiple fourth-down conversions.

The Coyotes got into field goal distance for senior kicker Eddie Ogamba. He made a 44-yard field goal and gave the Coyotes the lead for the first time with only 2:31 left in the game.

The Coyotes won the D-Days game 27-24 over the Salukis. The Coyotes remain perfect on D-Days under Nielson and move to 2-5 on the season, breaking a three-game losing streak.

The Salukis move to 5-3 on the season and break their five-game winning streak this past weekend in the DakotaDome. They move on to face Northern Iowa (4-4) Saturday in Carbondale. The Coyotes will go on the road to face the Youngstown State Penguins (4-3) in Ohio on Saturday.