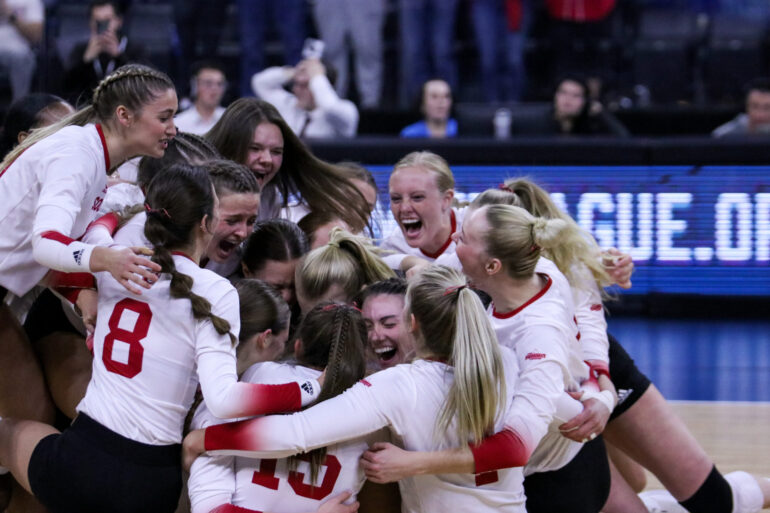 On Saturday, the No. 1 South Dakota Coyotes took on the No. 2 Omaha Mavericks for the Summit League Tournament Title and a chance to go to the NCAA Tournament.

In the first set, it was back and forth between the two teams until the Coyotes went on a 5-0 run and got up 12-6 early on.

As the set went on, both teams shared runs as Omaha had a four and a five-point run to tie things up at 20.

However, USD ended the set on another 5-0 run, winning the set 25-20. Omaha’s sophomore outside hitter Shayla McCormick committed two attacking errors during the Coyote run.

Set two had a similar start, as it was tightly contested in the early points until the Coyotes went on a 11-2 run to push their lead to 17-8. The Coyotes won set two 25-14.

In the third set Omaha jumped to an early lead as they went up 9-5 over the Coyotes.

USD answered back with a 5-2 run to bring them within one trailing 10-11. In this run, sophomore outside hitter Kylen Sealock got two kills along with a kill each from junior middle blocker Madison Harms and senior outside hitter Aimee Adams. Freshman setter Madi Woodin contributed to the run with a service ace.

The rest of the third set went back and forth with Omaha getting ahead 22-19 late in the set. South Dakota answered with a 4-0 run of their own to capture the lead at 23-22. This was the first time the Coyotes led in set four since 5-4.

Omaha got two quick points to retake the lead at 24-23. Omaha’s junior setter Olivia Curry committed a service error which gave South Dakota the tying point to move it into extras.

Both teams battled as they combined for five set points. The Coyotes ended the game with a kill from Juhnke which gave USD their third straight Summit League Tournament Championship.

With the win, South Dakota punched their ticket into the NCAA Volleyball Tournament where they were placed in the Stanford Region.

They were matched against the No. 22 Houston Cougars where they will meet in Omaha, Nebraska on Friday.

Houston comes into the tournament as No. 5  in the Stanford region but the No. 22 team overall in the NCAA. They have a record of 28-3 on the season with wins over LSU, Alabama, Mississippi State, UCF and High Point.

The Cougars are led by senior outside hitter Abbie Jackson who is 43rd in the NCAA in total kills with 441. Jackson also has 51 service aces, 297 digs and 46 total blocks.