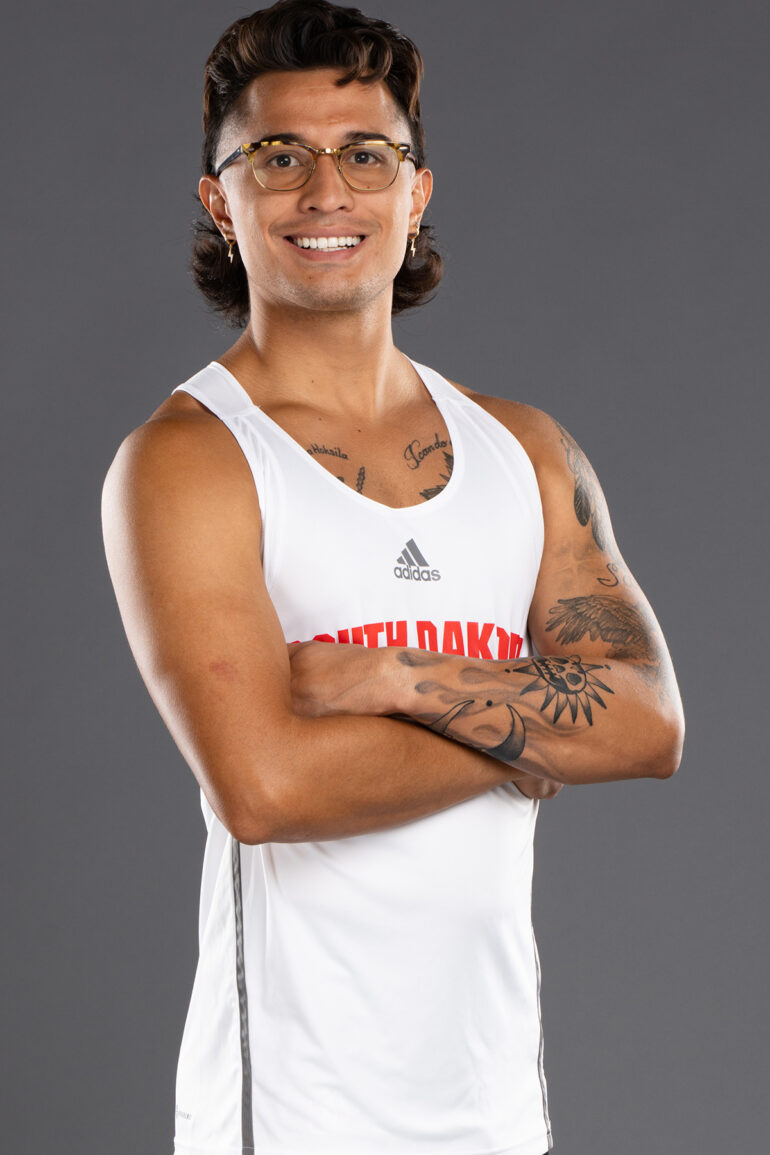 When senior long jumper and sprinter Isaiah Richards was growing up on South Dakota’s Pine Ridge Indian Reservation, track and field was not among his extracurricular activities or interests.

Instead, Richards played video games and worked on his basketball skills at local courts with his friends.

“Native Americans love basketball,” Richards said, because amid the harsh living conditions, alcoholism, drug abuse and poverty on the reservation, there is often a basketball hoop not far away.

He saw basketball as a healthy outlet and a place to build skills that would help in other sports and later in life. It was also a positive us of his time on the reservation, Richards said.

When the Richards family moved to Rapid City, Isaiah developed a passion for track and field and wrestling at Stevens High School. That experience carried him to USD, where he competes in the long jump, the triple jump and short sprints for the track team.

Richards said his time USD has been great and he loves the campus and his teammates on the track squad.

Now, he’s working toward a masters degree in social work, where he hopes to help others who live in less-than-ideal conditions and situations.

His life on the reservation gave him empathy for less fortunate people and his Native American culture instilled in him a desire to help others, Richards said