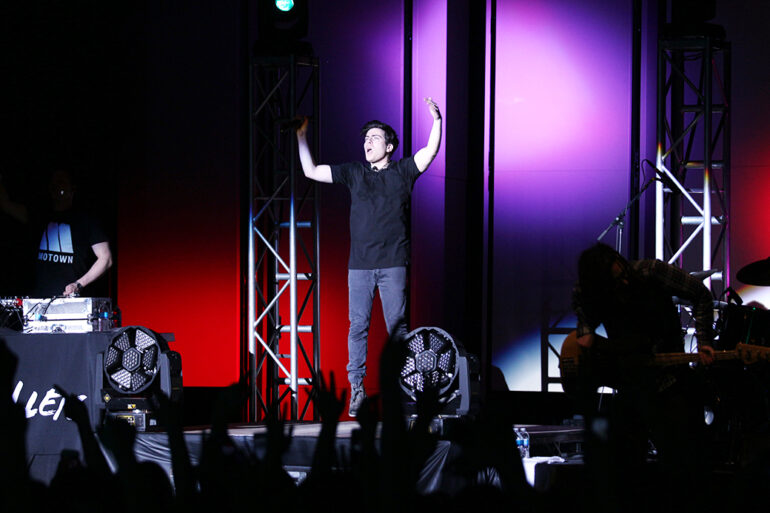 Big things may be coming to the University of South Dakota.

Campus Activities Board President Eric Roach won’t say what “big event” the university might have in the fall, but that it would happen during Dakota Days. Roach would not confirm if the event would be a concert.

“It’s really in its infancy,” Roach said. “When we have the details, we will be ready to announce.”

Roach said if the big event doesn’t work out, then more money will be placed toward the spring concert, which Roach said will be a larger act than 2014’s Timeflies concert.

“We’d have a bigger concert than we’ve ever had,” Roach said.

Four events have been booked for the fall, including a musical comedy duo during Welcome Week, a speaker in September and a comedian in November.

The fall will see a focus toward more homegrown events, such as student talent shows and consistent open mic nights.

“There seemed to be an attraction there,” Roach said.

Events have been booked based on student feedback from surveys, which show a trend.

“Students really like concerts, and they like comedians,” Roach said. “If we could, we would like to bring in a lot of big concerts, but we can’t. Sometimes, smaller concerts don’t work out the way we want them to with attendance. But comedians always seem to get a good attendance, so we are trying to get more of that.”