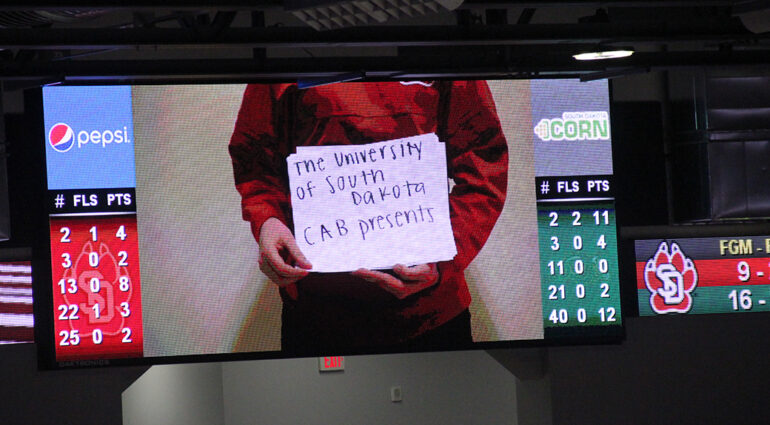 USD’s Campus Activities Board (CAB) announced at halftime of the Wednesday night men’s basketball game its decision for the 2017 spring concert – rapper T-Pain will perform at the DakotaDome Feb. 11 at 8 p.m. Doors will open at 7 p.m.

T-Pain received the most student votes of any of the choices for the spring CAB concert. According to a press release, the All-American Rejects came in second place, A$AP Ferg in third, Jesse McCartney in fourth and Mike Posner in fifth.

Tickets for the show may be purchased online at usdticketsonline.com.

The Volante will have more details on the concert in its first issue of the semester on Jan. 25.