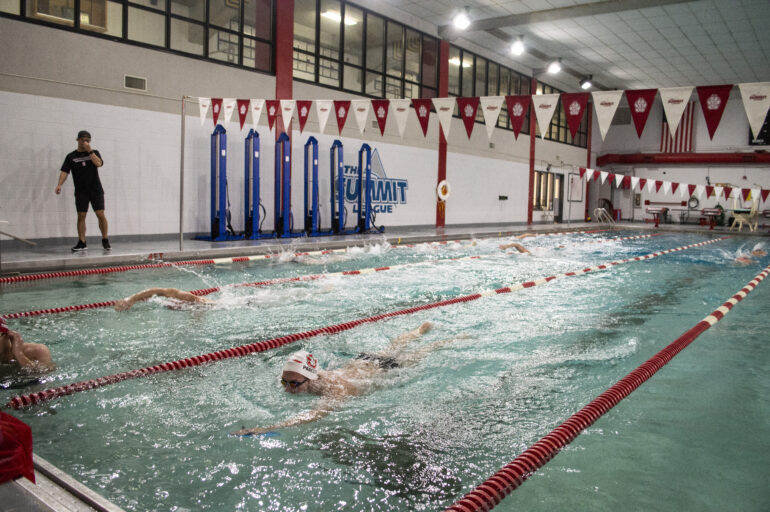 South Dakota hosted Iowa State at the DakotaDome pool on Friday. Iowa State won the meet 146-97, earning gold in nine out of 13 events according to GoYotes.

“On 3-meter, she killed it, qualified for NCAA Zones, punched her ticket to Texas,” head coach Jason Mahowald said. “To get that off of her plate, out of the way, this early in the year is just a huge relief for her.”

Pederson said that she practices 20 hours each week and her familiarity with her dives helps to minimize pressure during the events.

“I’ve already done it, so I just have to keep improving every swim, so not put so much pressure,” Pederson said.

Freshman Cassie Ketterling finished in second in the 200-meter individual medley, beating her personal best time. Her time was 2:24.19.

Ketterling said that she was excited about the event, but she also believes she has room for improvement.

“We have a Big 12 team that came into Vermillion and swam with us. I think that says a lot about where the program is at and what they think of us because that just doesn’t happen in the swimming world,” Mahowald said. “To have them come in here and swim us at home is a compliment for all the kids on the team.”