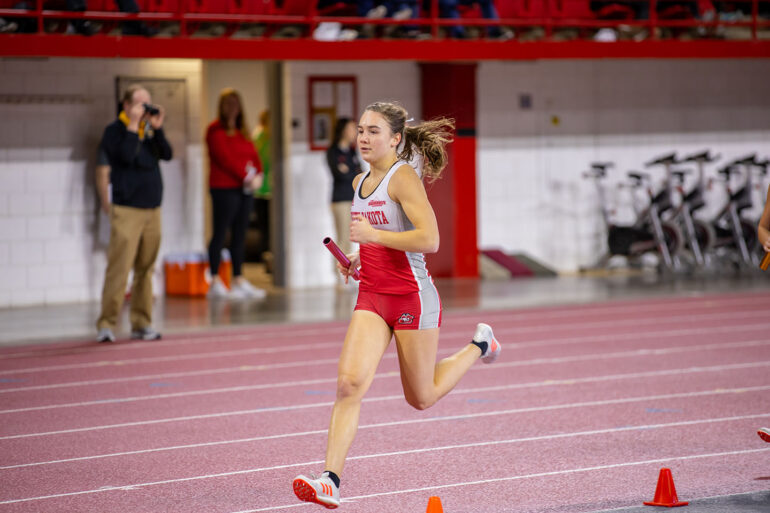 One program record was broken while another was tied by the Coyotes inside the Lied Center in Ames at the Iowa State Classic over the weekend.

USD captured two more gold medals as they swept the 60-meter races. Freshman Dylan Kautz secured first place in the men’s event in 6.85 seconds and senior Tasheka Gordon finished in 7.87 seconds to win the women’s event. Kautz also took fourth in the 200 meters with a time of 22.07.

In the field, junior Callie Henrich earned first in the shot put, marking at 49-9 ¾ while freshman Meredith Clark finished just behind in second with a throw of 47-1 ½.

Senior Zack Anderson cleared 7-1 to take second place in the high jump, finishing just ahead of sophomore Jack Durst who claimed third at 7-1. Freshman Will Stupalsky hit a season-best mark of 46-4 ¾ to secure second in the triple jump.

USD’s next competition takes place on Friday in Lincoln, Nebraska at the Nebraska Tune-Up.