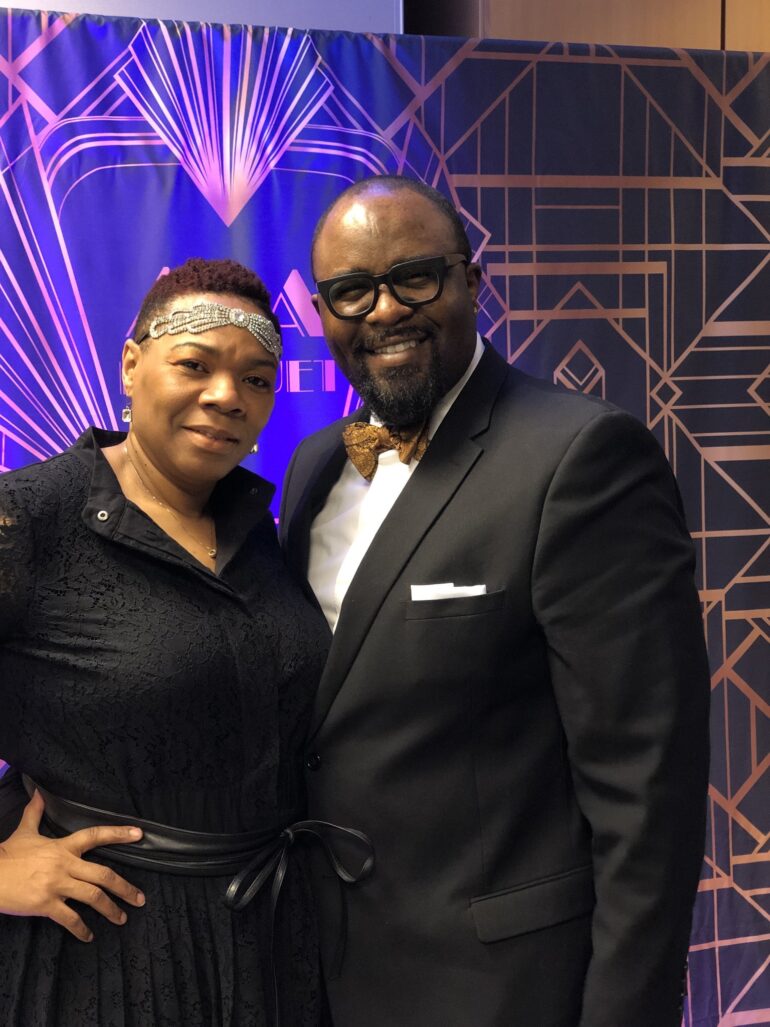 This summer, USD will say goodbye to two influential figures on campus. For the last few years, Lamont Sellers and his wife, Mimi Sellers, have built relationships with students and faculty and helped share the importance of diversity at USD.

Lamont Sellers has been the associate vice president for diversity for the last six years. Sellers said he’s blessed to have worked with so many amazing students and professionals in his time at USD.

“There are a lot of memories and it’s hard to pick just one,” Lamont Sellers said. “But, the impromptu conversations with students, although sometimes heated discussions, are what I enjoyed the most.”

Lamont Sellers interviewed at USD in August 2014. During his time here, he said he’s seen many positive changes, particularly in the Center for Diversity and Community (CDC).

“When I came in 2014, there were only a few chairs and a couple tables in the CDC and very few people that came by,” Lamont Sellers said. “Now, seeing what it has become with new furniture, amazing programming and all the students is a tremendous change.”

In addition to increased engagement in the CDC, USD has evolved in other ways since the Sellers have been working here, he said.

Mimi Sellers, has been the senior secretary for USD’s student center for the last four years. Through being directly involved with students, Mimi Sellers said she was able to develop real, personal relationships with the students she encountered.

“The student/staff participation at the games and around the campus has really doubled,” Mimi Sellers said. “In addition, there has been visible growth to those of us who are people of color. Along with all of that, USD has allowed me to fulfill part of my purpose, which was to be a listening ear for our students.”

The Sellers will be leaving USD this June and their next destination is Boone, North Carolina, where Lamont Sellers will be the new director of intercultural student affairs at Appalachian State University. After being the associate vice president for diversity, Lamont said he’s excited to be involved in student affairs.

“I have had great experiences working with Presidents Abbott and Gestring in promoting inclusive excellence and improving our campus and community,” Lamont Sellers said. “However, my energy and drive really comes from working with students, so I’ll be happy to get back to working more closely with student leaders.”

Lamont Sellers will also be a USD alum this summer when he finishes his doctorate in educational leadership.

Although he looks back on his and his wife’s time at USD fondly, Lamont Sellers said there have been some challenges along the way.

“There have been some rough days, especially in the past two years, having to plead my case for the work that I do in diversity, equity and inclusion (DEI) with the state legislature,” Lamont Sellers said. “However, I have amazing colleagues, students, alums, and community that support the work of DEI and were there to lean on.”

Looking forward, both Mimi and Lamont Sellers said they are excited to take the experiences and memories from USD and start the new chapter of their lives in Boone, North Carolina.

“I am looking forward to seizing the moment,” Mimi Sellers said. “It sounds cliché. But South Dakota allowed me to find my own voice and it made me a strong woman of color. So now I have a story to tell others about making it in a place where you stand out not just because of the color of your skin but because of you as a person.”