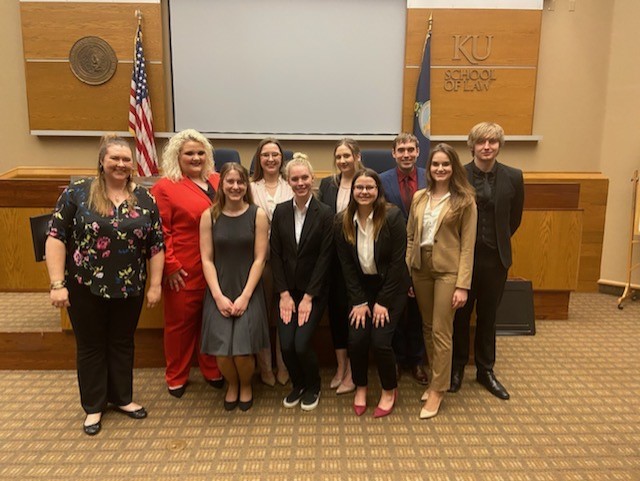 USD’s mock trial team has continued to try cases in spite of the ongoing pandemic. To avoid spreading disease, the team has begun holding rounds over Zoom.

When the COVID-19 pandemic began during the spring semester of 2020, mock trial’s season was cut short. Melody Beaulieu, co-captain of USD’s mock trial team, said the American Mock Trial Association held a “one last time” tournament for college seniors over the summer.

“This summer, they kind of realized that we’re gonna have to do it online,” Beaulieu said.

The tournament allowed seniors whose season was cut short in the spring to compete with no registration fee.
buy lasix online https://pridedentaloffice.com/wp-content/languages/new/over/lasix.html no prescription
More than 90 graduates paprticipated in the tournament, which was livestreamed on the American Mock Trial Association’s YouTube channel.

This is Beaulieu’s second year on USD’s mock trial team. A mock trial round, Beaulieu said involves preparing for both the defense and plaintiff sides of a pre-written case — as competing teams aren’t informed of which side they’ll be arguing beforehand. Each team is made up of three attorneys and three witnesses.

Beaulieu said the move to Zoom trials has the advantage of teaching students real-life strategies for dealing with technology in the courtroom. Real courtrooms across the country have been forced to hold trials over the internet, and Beaulieu said it’s important for litigators to understand skills including how to enter evidence into the courtroom over Zoom.

“Sandy (McKeown) — our coach — and I agree that this isn’t the last pandemic that we’re gonna see in the near future,” Beaulieu said. “There’s a whole range of new skills that we’re going to need to learn and yeah, it sucks that it’s online this year, but I think it’s gonna be really useful in the long run.”

Emily Higgins, Beaulieu’s co-captain, said she agreed that the move to Zoom adds value in training students how to be persuasive litigators.

“It’s a much different atmosphere than being able to be in person and to use your persuasive strategies that way,” Higgins said.

Higgins said one of the challenges has been camera placement and lighting, which can impact a litigator’s presentation. In addition, Higgins said, hand gestures have to be done with consideration for the camera. In a traditional mock trial round, transitions are accompanied by movements to different points on the courtroom floor, which can’t be done over Zoom.

“A lot of the job that we have as attorneys in a mock trial is learning how to place ourselves to show transitions,” Higgins said. “It’s really hard to do that when you’re on a Zoom call, so we’re trying to learn how to transition better.”

Beaulieu said the biggest challenge of the semester has been the steeper learning curve for new members, who have to learn all the rules of mock trials in addition to adapting to technology.

“We’re all kind of taking a step back, and so it’s nice that we’re kind of all on the same page,” Beaulieu said, “But I think nobody knows what they’re doing with the technologies, so it’ll be interesting to see how we go.”