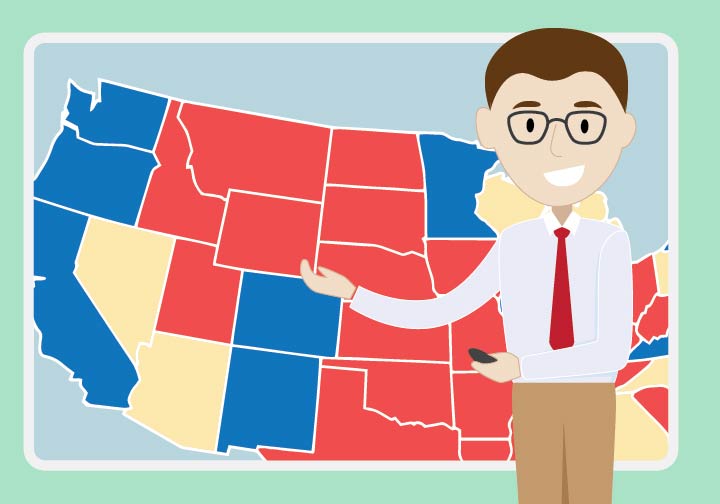 Through the whirlwind election, Americans found unique ways to entertain themselves through the four days of ballot counting.

As eyes were glued to the screen, one of the only things keeping people engaged were the political correspondents.

Across the networks, the political correspondents kept Americans on the edge of their seats with their smartboards and special markers as they tracked ballots throughout the nation.

Lovingly nicknamed, the “chartthrobs” by Twitter, CNN’s John King and MSNBC’s Steve Kornacki were the highlight for many election watchers.

Kornacki and King were just two of the many correspondents, making quick electoral calculations and digging into specific county numbers.

In the beginning of election night on Nov. 3, Americans started to fall in love with Kornacki’s khaki slacks and King’s silver fox hair.

The lead correspondents were on their feet the entire night and rarely took a break.

Throughout the rest of the election marathon, watchers began to notice the political analysts were calculating and theorizing throughout the night and into the early morning hours.

Kornacki dug into lead margins as he searched for papers on a cluttered desk where he bounced back and forth from the board.

Both men were on the air for over ten hours on Tuesday night. King only slept for two and a half hours after jumping back on the air at 10 a.m. on Wednesday according to an interview with Vanity Fair.

Both King and Kornacki gained fame on Twitter and Tiktok where Gen Z commended the men for their electoral map wizardry.

As the election dragged on, the lull in between ballot updates was empty with the absence of Kornacki and King, but they were both recharged by Saturday to call the election for Joe Biden.

Locally, correspondents for Dakota News Now and Keloland were out and about at polling stations and watch parties, anxiously awaiting South Dakota election results on Tuesday night.

Both stations kept viewers up to date after the polls closed and engaged viewers with plenty of local and state election updates.

And though the local elections were more fast-tracked, the networks made sure to keep Americans informed and updated throughout the week.

Overall, many Americans may not have been as invested in this year’s election without the help of the “chartthrobs” and their colorful smartboards or electoral wiz.

Here is to the political correspondents across the nation — keeping America entertained and informed.