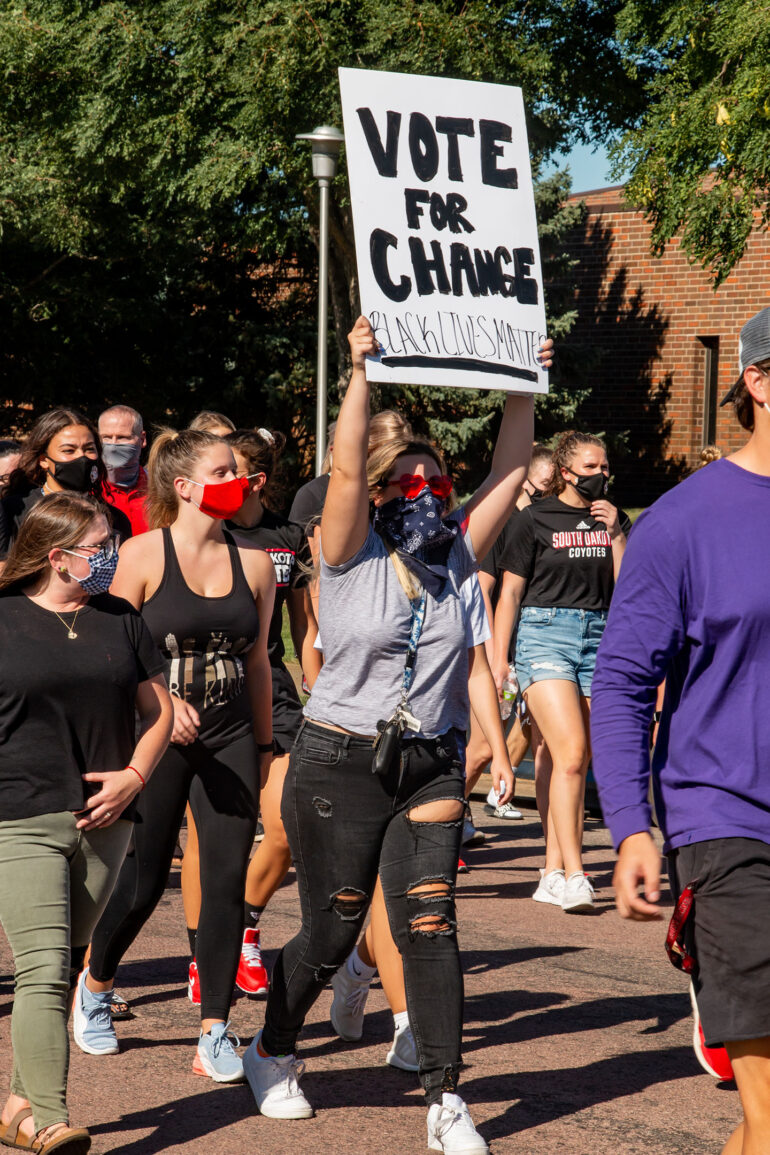 President Joe Biden has successfully fulfilled his promise of creating the most diverse White House staff in U.S. history.

This is highlighted by the 46th president’s pick for Vice President, Kamala Harris, who is the first women, Black and Asian-American to be Vice President in U.S. history. In addition to this, half of  Biden’s cabinet nominations are persons of color and 48% of them are female.

However, America should not allow Biden and his staff to get away with making selections that are convenient for fulfilling the “minority” promise while making no real significant progress for people of color, the LGBTQ+ community, women and other minorities.

America has seen this before with Obama’s presidency as when the first African-American became president in 2009, 71% of African-Americans said his rein to office was “one of the most important advances for blacks.” However, by 2016 that number fell to only 51%.

In addition, in 2016 52% of African-Americans said Obama fell short on improving their situation. Many believe this is what led to the first decrease in African-American voter turn out in the 2016 Presidential Election which ultimately led to the election of Donald Trump.

While African-American voter turn-out broke records in the 2020 Presidential Election, some of Biden’s picks’ records in his cabinet and at VP has the potential for the minorities Biden has committed to helping to feel abandoned again.

Kamala Harris might be the most prominent example of this. Harris, before getting selected as Biden’s VP and being a U.S. Senator of California, was the Attourney General of California. During her time in California’s most significant position to make progress on criminal justice she had a suspect record at best on race.

This includes, but is not limited to, her lack of support to require police to have body cameras, an intitiation of an anti-trauncy program that caused wide-spread fear in many Black parents, and her support of the death penalty which disproportionately affects African-Americans.

In addition to Harris, Cedric Richmond, a former Lousiana congressman and Biden’s choice to be head of the Office of Public Engagement, is also African-American but has a troubling record on climate that has disproportionately hurt the health of communities of color.

Many environmental activists agree Richmond represented the most polluted congressional district in the U.S. and has “taken big money from the fossil fuel industry, cozied up with oil and gas, and stayed silent while pollusters poisened his own (Black) community” according to the Sunrise Movement, a youth organization “united” to stop the climate crisis.

Biden’s pick at Secratary of Defense (who has already been confirmed by the Senate) Gen. Loyd Austin, is being praised for being the first Black man to hold the position. However he also has a troubling record on supporting minorities in the past few years as Austin has been on the board of Raytheon, a defense contractor who arms conflicts around the world that has led to a significant number of civilian deaths.

Now, all of this is not to say Biden, Harris, Richmond, Austin and others in the White House can’t have a positive record on improving the lives of minorities. Deb Haaland, Biden’s pick for the Interior Department and former congresswoman of New Mexico, is a member of the Laguna Pueblo tribe and is known for fighting for the rights of indegeneous people.

However, Biden’s White House must not be given a round of applause just yet on diversity, race, and minorities because many of his picks’ records cannot permit us to do so.