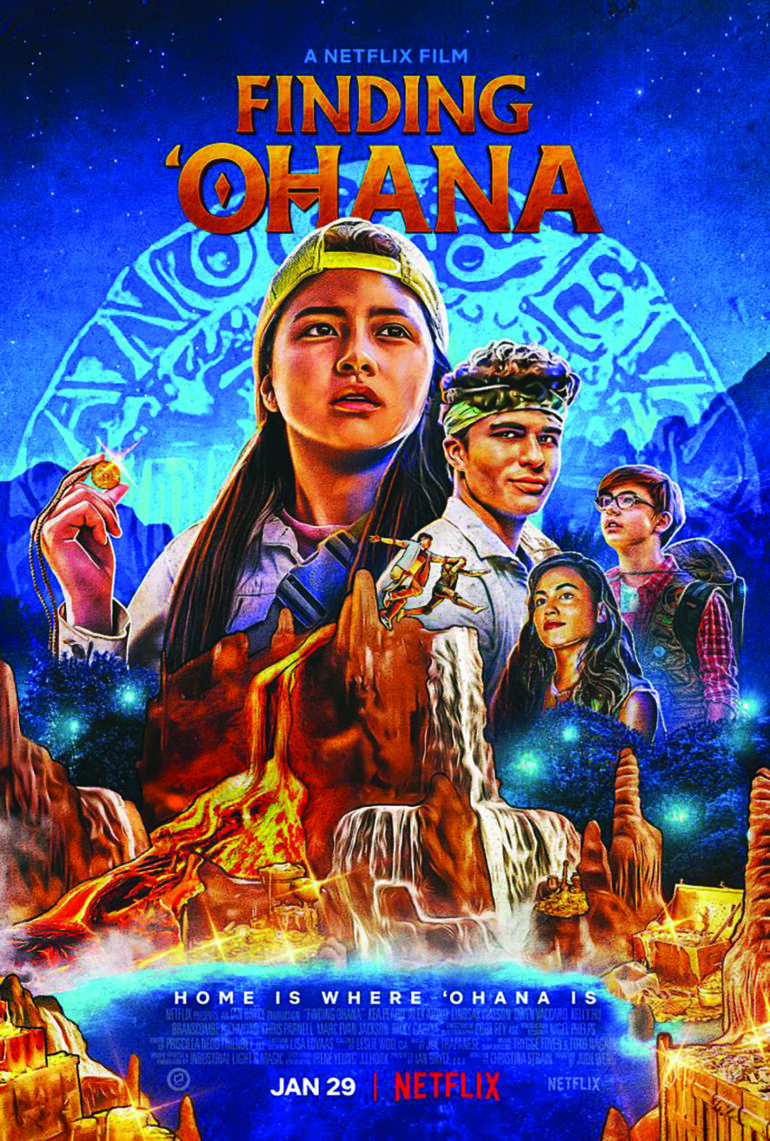 What drew me to this film was the sense of nostalgia the film brought with it’s treasure hunting and the fact that the movie had a predominantly Hawaiin cast. Whenever I hear the term Hawaii, I want to either go ziplining or watch this movie!

The movie “Finding Ohana” on Netflix is about a family going through financial and family struggles. The main character Pili finds a journal with instructions to an old treasure that she believes will help her family get through this difficult time. Along the way kids who were estranged from their culture learn what it is about and reconnect to their Hawaiian roots.

The film is in many ways a reflection of the movie “The Goonies.” A lot of the set and locations in the movie heavily resembled the prior film, along with the story of finding treasure to help support their families.

It didn’t feel like it had as high of stakes as “The Goonies” because there was no main villain out to get them along with the many dangerous traps. But, the lighter feel doesn’t draw away from the main feel and theme of the movie.

We see a cameo from actor Ke Huy Quan who played Data in the original “The Goonies,” and even in the movie, “Finding Ohana,” he requotes his famous line: “slick shoes,” from “The Goonies.”

While the main characters Pili and E thought they were just finding treasure they also found a reconnection to each other and to their culture.

It was that aspect of the movie I really loved. Through the characters around Pili and E you saw how much people cared for Hawaii and to preserve its culture. Even with a hawaiian cast behind the scenes the movie made strides to respect the culture with hiring Native hawaiians for marketing and research.

The main actress Kea Peahu should be highlighted as it was her first major film role and her charisma and care for her role was one of the main driving forces for me to continue watching this film.

Near the end of the movie, the dialogue was almost constant exposition, and some of the performances were losing their spark, making a lot of the film extremely predictable.

I would also wish they had explored more characters because while they gave good exposition and knowledge it felt like they were there for support or only for exposition.

However, in the end of the movie the story came together with a satisfying ending to their quest and they truly found Ohana.