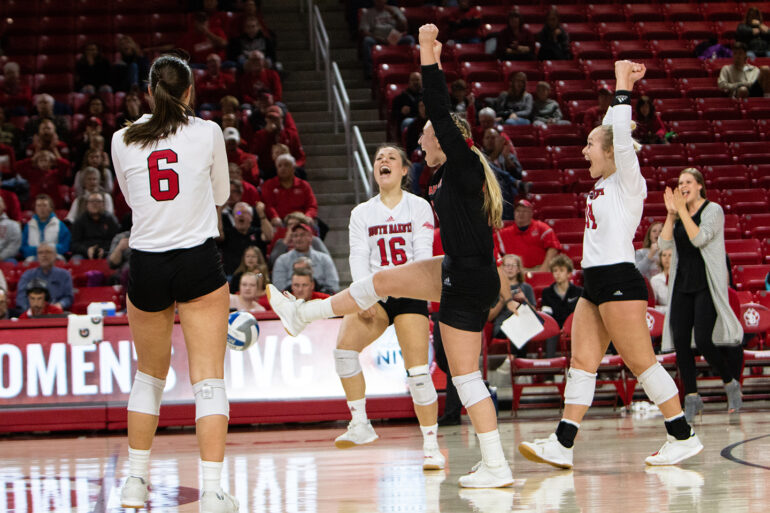 The USD Volleyball team is coming off a strong spring season where the Coyotes won the Summit League Tournament Title and made an NCAA Tournament appearance.

The Coyotes were scheduled to get the 2021 season underway last weekend, but due to COVID-19 protocols, the team’s first three games of the season in Colorado were cancelled. The Coyotes were slated to play Northwestern, Colorado State and Northern Colorado over the weekend.

The Coyotes’ season is now scheduled to start this weekend in Louisville, Kentucky at the Cardinal Classic. They play Northern Kentucky, Louisville and Missouri.

The match with Missouri comes after the Tigers beat the Coyotes at this spring’s NCAA Division I Women’s Volleyball Tournament in the first round.

Following their trip to Kentucky, the Coyotes return to Vermillion for the South Dakota Classic on Sept. 9-10 to play Bradley, Central Arkansas and Milwaukee. The Coyotes then go to Wichita for matches against Wichita State, Creighton and Wyoming in the Shocker Classic.

Coming off of the 2020 Summit League Championship win over Denver, the Coyotes and Pioneers will play twice, Oct. 16 in Denver and Nov. 11 in Vermillion.

The Coyotes are led by senior Sami Slaughter and junior Elizabeth Juhnke. Both players were named Players to Watch in the Summit League Volleyball Preseason Coaches’ Poll announced Aug. 25.

Slaughter was ranked eighth in kills and 10th in blocks in the Summit League last season. Juhnke was named an All-American and Summit League Tournament MVP last season where she led the league in points along with being second in kills.