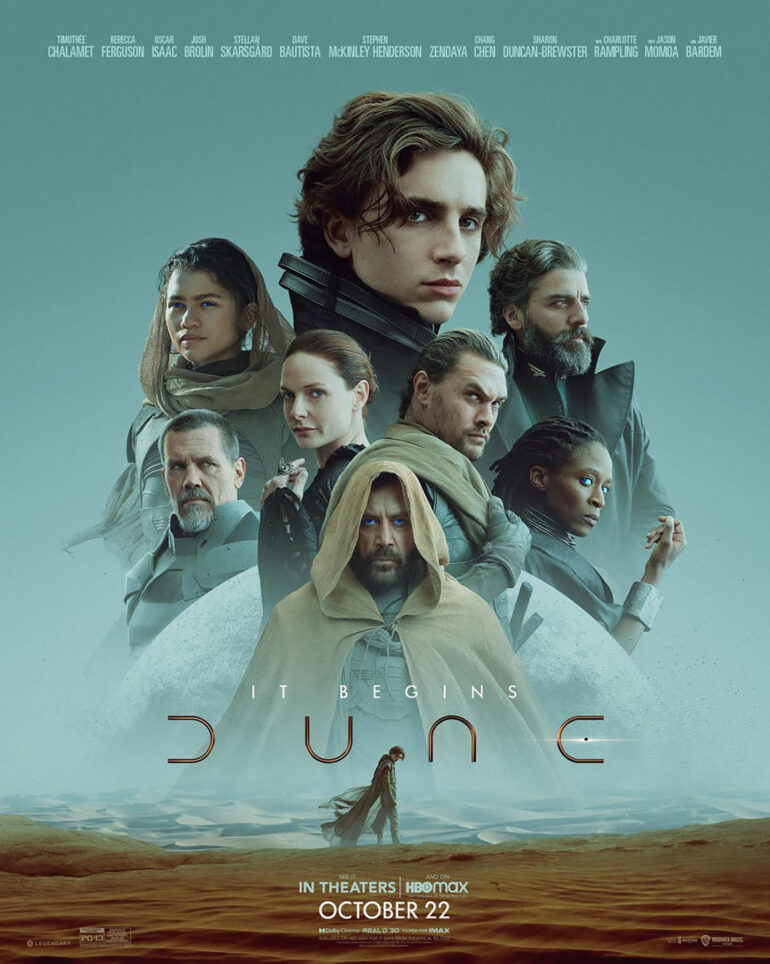 On Friday, “Dune” was released in theaters and for streaming on HBO Max released. It stars Timothée Chalamet, Zendaya and Jason Momoa.

The film “Dune” follows Chalamet’s character Paul and his family, the House of Atreides, which has been selected to take control over a planet that holds the resource for the main source of space travel. With this change in Paul’s life, his destiny is put into motion as his family is targeted by the emperor.

Most people going into this film have not seen the older adaptations of “Dune” or read the book, so getting a grasp on this story is difficult.
buy vibramycin online https://www.lifefoodstorage.store/wp-content/languages/new/prescription/vibramycin.html no prescription
Then, it becomes even more difficult when you find out this film is only first installment and is not even half of the story we will eventually experience.

Still, without any prior knowledge of the story, you are still able to follow along with the film, but soon you realize there is little more to the film than what was shown in the trailers. All throughout the film we see Paul’s predictions and visions of action that is to come, and we expect to see it in this installment, but the film ends with the promise that it will be in the next chapter, hopefully.

Chalamet is a great actor in everything he’s ever done, as evidenced by him receiving an Oscar nomination by age 25. For the first time in his career he has taken on the role as the lead of a new franchise, and like most of his performances he makes it look easy. It will be interesting to see how he does in future installments, but I have no doubt this will be a pivotal time for his career.

The real question is whether to watch this film at home if you have HBO Max or to watch in theaters. I think if I watch it again I will head to the theaters, as the scenes and scope of seeing these new worlds is something that deserves to be observed on the big screen.

The main issue with this film that makes it hard for me to recommend is that it really is the beginning of the story, and like most, is full of exposition. But with this exposition comes little explanation. There are many storylines from Paul’s mother to the whole deal with the emperor, and it irks me that I was given barely anything to really look forward to the potential these storylines hold.

An overall assessment if you just look to the end of these articles is this: watch it if you want to be there at the start of a new sci-fi franchise, to see some of your favorite actors perform, for the stunning visuals and if you like waiting until the second film to see some real action. Also, watch it if you would like to be confused a bit throughout the whole film. But, I’m sure the second watch will help solidify more attraction to this film and the up and coming franchise.