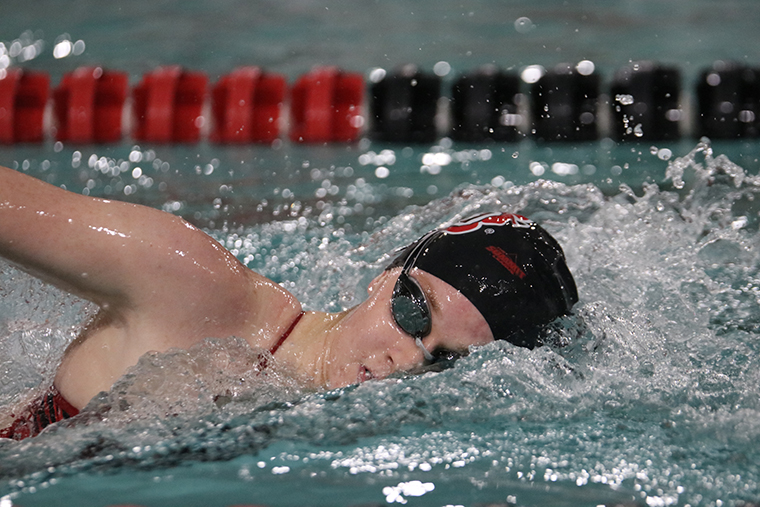 The USD women’s swim and dive team hosted Minnesota State in their season opener Friday night, and won 13 of 16 events to cruise to a 198-100 win.

Freshman Mairead Powers won two events, taking the 400 and 800 freestyles. Freshman Emma Clark won the 100 backstroke and teamed up with Atwell, Mayer and Kahn to win the first event of the evening, the 200 medley relay.