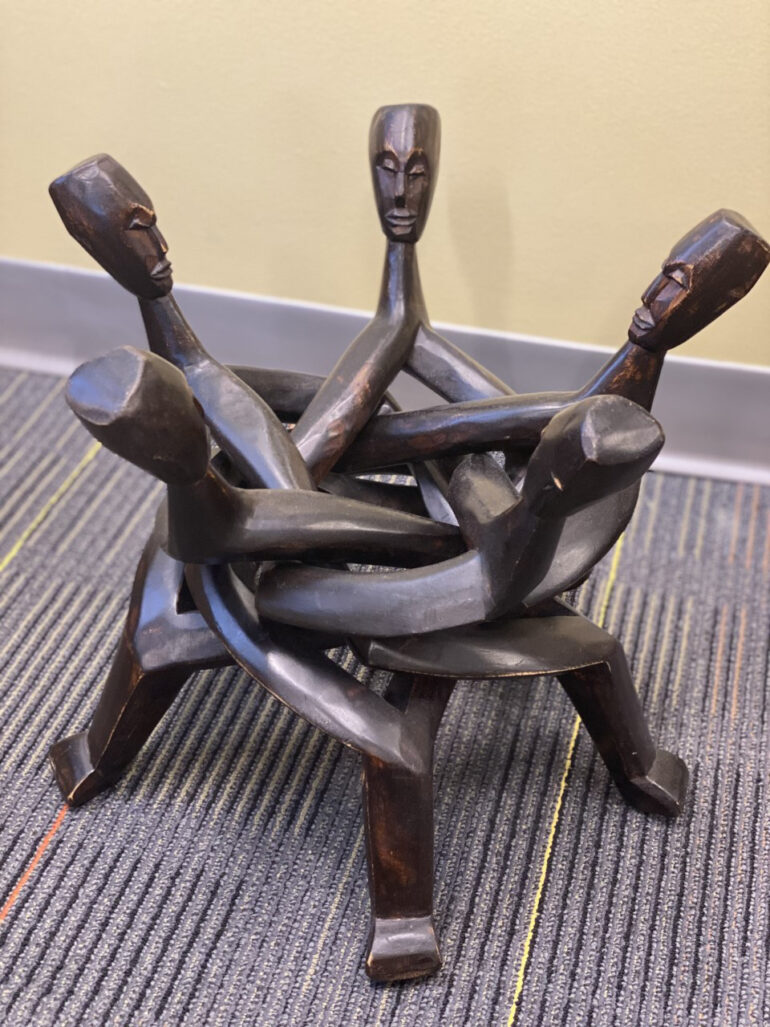 Campus
Lamont Sellers created the CDC in 2014. Currently, he is the director of intercultural student affairs at Appalachian State University. Sellers was hired at USD as the inaugural director of the CDC.

The Center for Diversity and Community (CDC) was created back in November 2014 shortly after Lamont Sellers, the current director of intercultural student affairs at Appalachian State University, was hired at USD as the inaugural director of the CDC.

Sellers, Dean of Students Kim Grieve and others worked on a proposal that called for an intergroup space. Sellers said the space wouldn’t be dedicated to any one identity group, and that is how they created the CDC name.

“The community piece really brought in everybody else so that it wasn’t just a space for those that identified as a minoritized or marginalized person, but also those that were majority could come and be in the space, engage in education, conversations, all of those kinds of things,” Sellers said.

Dakota Smith, the president and co-founder of the Cultural Wellness Coalition (CWC) said changing the CDC undermines the steps USD has taken toward diversity and inclusion.

“I think as we have it now, it provides such a great space and opportunity for so many diverse students, and I think changing it and limiting the way that we can outright say these terms of just diversity and inclusion, it’s not the greatest public sign to those prospective students and those students that already go here that we’re supporting them,” Smith said.

When Sellers was initially the director, he said his three goals for the CDC were to celebrate, support and educate around diversity, equity and inclusion. He said the CDC would work to support minority and marginalized students by giving them a safe space and trustworthy people to talk to.

“As we think about the struggles of just being a college student, the day to day, in and out and all of those kinds of things, it’s a struggle to be a college student,” Sellers said. “You add to that, you bring students of color from all over the United States and around the state of South Dakota, whether they are Native American students, Black students, whether they identify as Latinx or Asian American, that adds another level of complexity to navigating a predominantly white institution.”

The CDC was the foundation for everything the CWC has been able to do to the point where Smith said the CWC is kind of a subgroup of the CDC.

Smith said he hopes the backlash against these initiatives will be taken into consideration as students continue to speak out on these matters. He said the Board of Regents should prioritize the students because all South Dakota schools work for and are funded by students.

“I won’t ever say that it’s an easy matter in terms of the decisions they have to make, but I think you have to keep in mind the opinions of your students, because at the end of the day, those are what matter, particularly on this campus, because I know for a fact that we’ve already had a mass variety of students speak up against these initiatives,” Smith said.

For Sellers, the CDC was the first time in his professional career creating that kind of space, and he called it his baby. Sellers hopes students will continue to have important conversations about injustice and make the space what they need.

“My hope is that there will still be students that recognize the need for that space and that they take it up and make it what it needs to be in the absence of the real leadership that had been there,” Sellers said.

The CWC is currently considering hosting a forum for students to voice their opinions about the CDC changes. No plans are finalized at this time.