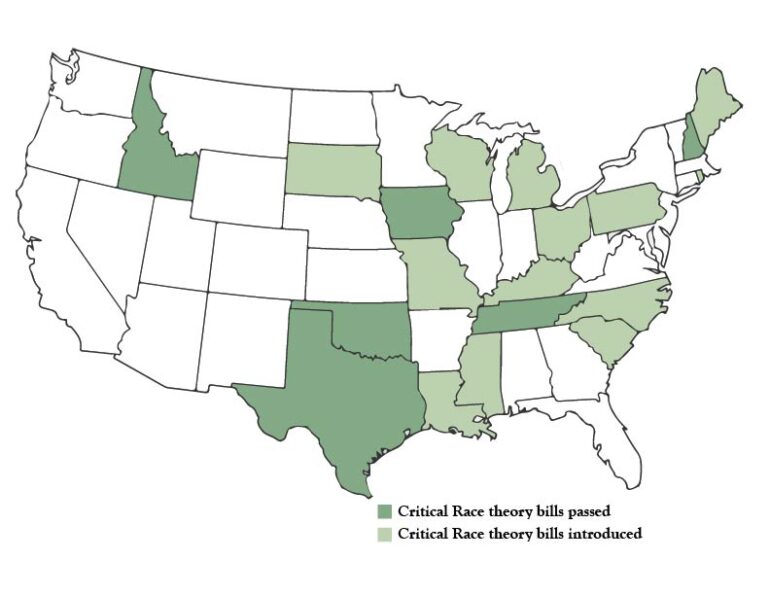 House Bill (HB) 1012 “An Act to protect students from critical race theory” was introduced Jan. 5 by The Committee on Education at the request of the Office of the Governor. HB 1012 states institutions of higher education cannot compel a student to personally affirm, adopt or adhere to believing any race, color, religion, sex, ethnicity or national origin is inherently superior or inferior.

In the second clause of section one, it states that institutions cannot make individuals feel discomfort, guilt, anguish or any other form of psychological distress because of their identity status. In the third and final clause of section one, it states institutions cannot compel individuals to believe they are inherently responsible for actions committed in the past by other members of the same race, color, religion, sex, ethnicity or national origin.

Associate professor Steven Macias said the bill is not new to South Dakota and has been seen in other states almost word for word. Macias said it is a project at the national level between certain interest groups taking advantage of the current political atmosphere.

“It doesn’t do a whole lot as far as I can tell. It prohibits a school or a course, an instructor of a course, from, in its words, compelling a student to affirm or adopt or adhere to certain beliefs,” Macias said. “I’ve been teaching for 10 years and I’ve never taught a course where I compelled a student to affirm that they believe any particular thing, whether it’s about race or something else.”

In an email interview with The Volante, associate professor of Political Science and director of the International Studies Program, Timothy Shorn, said critical race theory does not claim any race is inferior or superior, nor that anyone today is responsible for past actions.

Shorn said in Section 2 it is looking for a problem that does not exist because professors cannot make students believe anything, but professors can challenge students to look at what they think through a different lens and challenge preconceptions.

“There’s no secret conspiracy or hidden intent here. The leaders have been quite open about it. They want to stop all discussion of racism in all levels of education in South Dakota. Our leaders want to make our education system and our curriculum conform to a particular political and racial ideology,” Shorn said.

“Critical race theory is about critically analyzing existing structures of power,” Macias said. “I think it’s worth discussing the whole movement because I think you can probably show it’s more about political forces and the power of institutions and legislatures in furthering or inhibiting racial justice.”

HB 1012 was referred to the Committee on Education on Jan. 14 and has not been filed yet.