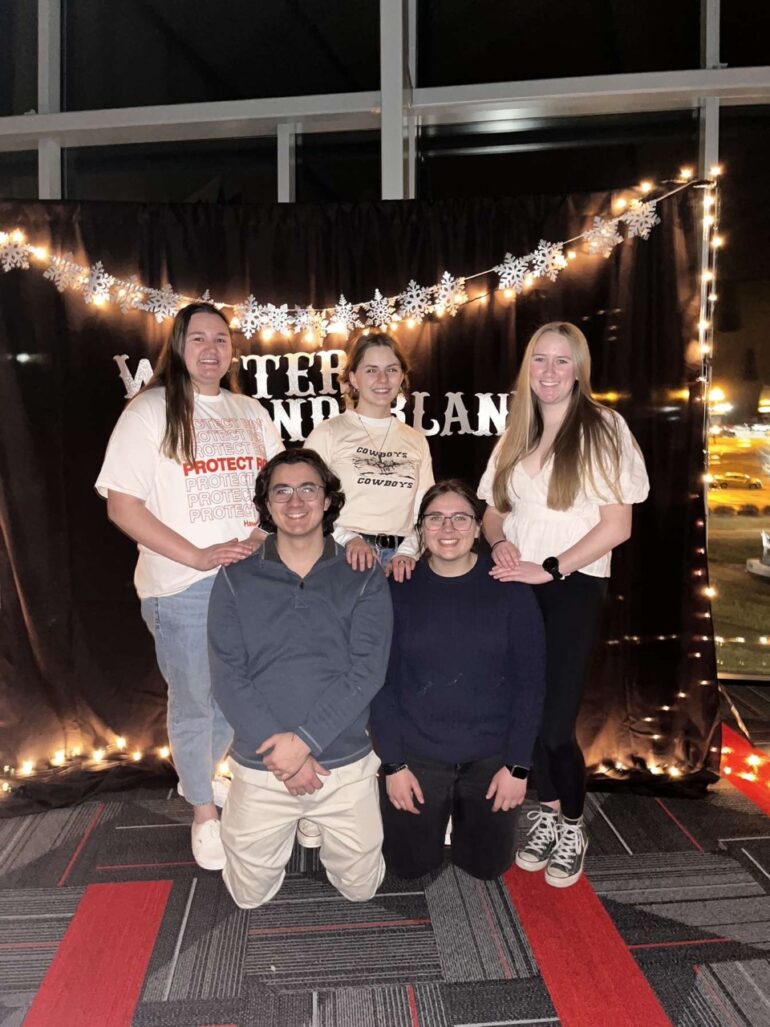 The RHA Winter Formal was introduced to USD and the Vermillion community as an open-door event in 2021. Its huge success with a turnout of 57 students created the opportunity to renew the event while creating a new USD tradition, said Travis Hill, the Residence Hall director of Burgess, Norton and Brookman Hall and advisor for the Residence Hall Association (RHA).

Sean Anderson, director of the RHA, introduced the Winter Formal as an opportunity for those who were stripped away of the chance to go to their senior prom as an immediate result of the violent outbreak of COVID-19 in 2021.

“A dance is something that USD was lacking as fellow students have expressed their interest in this kind of gathering, where you can meet up with friends and socialize,” Anderson said.

As part of the RHA for the past three years, Anderson said that the struggle with student participation has been constant and a cause of concern, and the pressure to introduce new events has been deeply felt by the RHA.

A committee has been created and roles have been assigned in order to assist with the development of new ideas and to create new events such as the Winter Formal, which has been a consistent work in progress since November of last year. Anderson said that a speaker and various decorations, such as photo booths, as well as various types of snacks have been decided on by the committee in preparation for the event.

Hill said that he feels as if there aren’t many events as such taking place in Vermillion leaving students with no other choice but to go home every weekend.

“The Winter Formal is a great way to give students something to do on the weekend, and to encourage them to spend it on campus and socialize as it is important to the community to be able to dress up, have fun and relieve stress,” said Hill.

Anderson said he wants to work more on advertising and has high hopes for future Winter Formals.

“The RHA has further planned for the Winter Formal in the coming years to become a greater part of the community as we wish to be able to advertise it outside the dorm halls in the future, and to get as many people as possible to participate, especially since it isn’t limited to students only,” said Anderson.

Many other events are in discussion and students can come up with new suggestions by attending the meetings on Thursdays in Patterson 220 at 5 p.m.