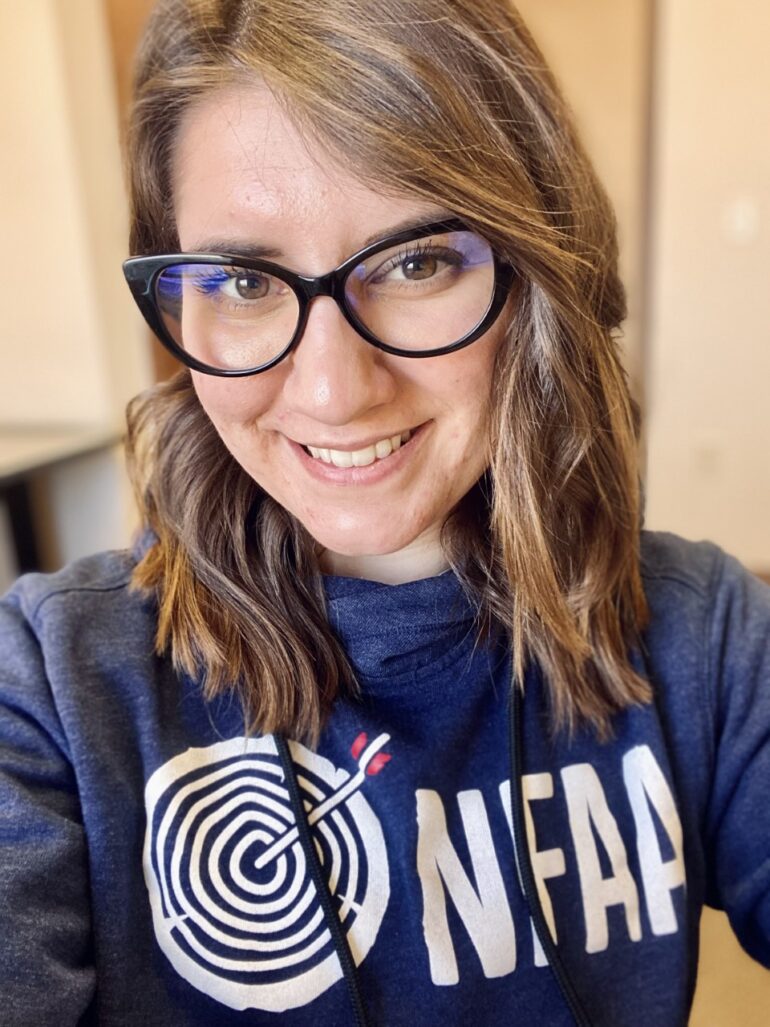 This is the eighth installment of a series recording the experiences of students and faculty involved with the Center for Diversity and Community (CDC). The series seeks to highlight why this organization was so impactful on the USD community and why the CDC was more than the sum of its parts.

“It was a place to go and not only see your friends but a place where, I’m not saying there wasn’t a safe place on campus, but it was like a comforting place for a lot of people because not only were they friends of yours, but you knew that before and you noticed that you already have something in common,” Alice Lunardelli said.

Lunardelli graduated from USD in December of 2021 with her bachelor’s degree in Business Administration and now works in Yankton. Lunardelli said the CDC was very influential in developing the skills she uses in her career today, as well as providing a support system for students.

“I think the most important part of being with the International Club was the opportunity to work with different people, it enriched my own experience but also enriched theirs,” Lunardelli said. “Having the International Club and having the CDC impacted so many students on campus. It changes your perspective, but also it gives you experience in dealing with people with different communication styles, different cultures and in the world that we live in today that’s so important.”

For Lunardelli, the CDC helped her become a better candidate for jobs and helped her have opportunities she otherwise wouldn’t have. These experiences she had with the CDC and the International Club were essential to her success after college, she said.

“I really do believe that if it weren’t for the CDC I would not have had the job opportunities that I did, because of the way that I was exposed to diversity and the way I’ve learned how to deal with it, along with the event planning, which doesn’t mean that only the CDC or organizations within the CDC would offer that on campus. It’s not limiting. That was just my personal experience,” Lunardelli said.

During her time at USD, Lunardelli was mostly involved in the International Club, serving as the vice president and president of the organization, but she was introduced to the CDC through a Multicultural Leadership Institute (MLI) retreat. Lunardelli said she would never have gotten more involved with the International Club if not for her first experience with the MLI. The CDC offered a space for Lunardelli to make friends and as a non-traditional student having the CDC helped her make connections.

“I was a non-traditional student. I started college a little later so I didn’t live in a dorm my freshman and sophomore year, and so I don’t think it was harder for me to make friends, but I didn’t have a dorm life to facilitate that for me. So having the CDC was kind of the way that I kept up my connections with people,” Lunardelli said.

“So the Festival of Nations is usually an event where people sign up and bring their own dishes, but because of COVID-19, we felt like that would have been a health issue. So, we contacted the local restaurants and we bought food through them and we had four or five or six different places catering the event. So that was a good way of not only having an event for the community but also supporting the community and having everyone come together for something that we had missed so much,” Lunardelli said.

The CDC was a welcoming place for all students and especially international students, Lunardelli said. Part of the reason for this was the values the CDC upheld, which Lunardelli described as diversity, cultural awareness and inclusiveness.

“I think the environment that was created within the CDC made it so the people that were there, were both welcoming and felt welcomed. If they were first timers or shy or had some kind of trouble getting connected with campus, especially for international students, the CDC helped connect them,” Lunardelli said.