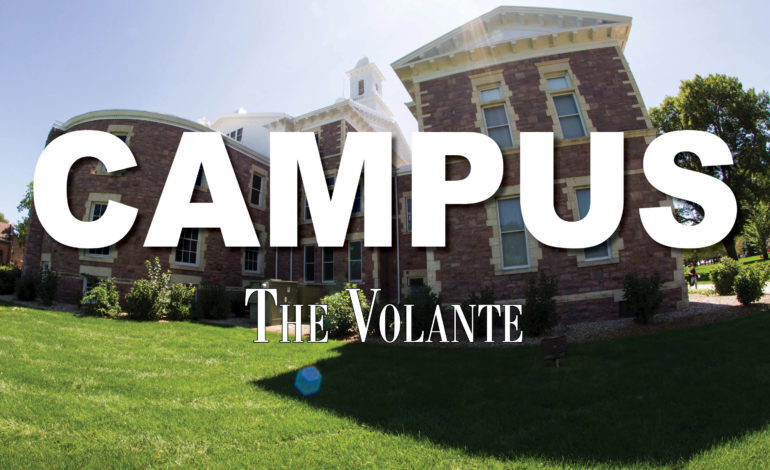 The 2020 Senate Bill (SB) 55 was signed into law by Gov. Kristi Noem in March 2020. According to the bill, it’s “An act to require the Board of Regents to assemble a task force to study the operations and function of the institutions of higher education under the board’s authority.”

John Howe, Associate Dean of Students, announced at the Nov. 16 Student Government Association (SGA) meeting that proposals from food vendor companies were due on Nov. 12. The top two vendors, Aramark and Sodexo, presented their proposals on Nov. 30.

Sodexo announced on Jan. 27, 2022 in a press release that they will be the single food service provider for all South Dakota public universities.

During the April 5 SGA meeting, Howe said Sodexo representatives would be on campus.

“This Thursday (April 7), they’re starting what they call expectation meetings. One will be with executive counsel, another will kind of be with the staff level. We’ll also have a meeting with students. For those students that are meeting, we have representatives from SGA, the residence hall association, the sustainability club as well as Charlie’s Cupboard,” Howe said.

Caleb Weiland, SGA president, said after the meeting with Sodexo, students should expect an action plan within 29 days.

“I asked them to speed up this process because it would be released on the last day of class and many would not pay attention and see the new changes made,” Weiland said in an email interview with The Volante.

Weiland also said he’s excited about the opportunities for students in areas of quality, accessibility, affordability and sustainability. His only concern was the lack of student employment opportunities since the Coyote Village POD and Beede Bump will be 100% automated.

Howe explained in an email sent to the university the changes that will start taking place during the summer. According to the email, most of the changes will be to the Muenster University Center (MUC).

The national brands Chick-fil-A, Qdoba, Einstein Bros. Bagels and Erberts and Gerbert’s will stay. However, U-Brew, Grille Works, Legacy Wings and the salad bar will be replaced.

The Grind Community Store will replace U-Brew. This store will serve Starbucks coffee and a variety of snacks and convenience store items.

In place of Grille Works and Legacy Wings will be Wow American Eats Cafè. Sally the Salad Robot will replace the salad bar.

Outside of the MUC, Papa John’s will be removed and Beede Bump and the Coyote Village POD will switch to 24/7 autonomous markets. The markets will have Yo-Kai Express, Le Bread Xpress and Starbucks Serenade.

At the Jan. 25 SGA meeting, Howe said during the first year dining will still look familiar due to the fact that a project this big will take time.

Howe mentioned at the most recent SGA meeting Sodexo is working on having a student feedback channel that would meet monthly once the fall semester begins.

The term of agreement between the university and Sodexo is contracted to last till June 30, 2027.