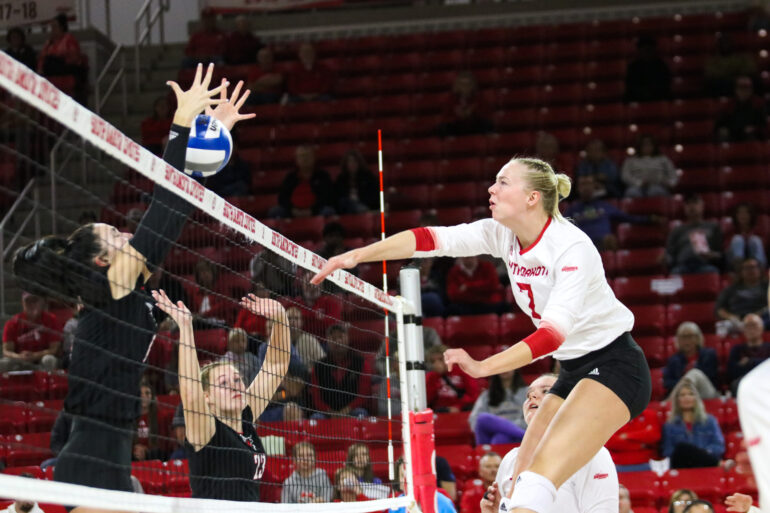 The Coyotes entered the Summit League season with a record of 11-1 with the only loss being their first match against No. 4 ranked Louisville.

They took on Summit League opponent Omaha Thursday night where they won in five sets in front of a home crowd.

The Coyotes stayed hot as they took the first set against Omaha 25-22 with nine kills by junior outside hitter Elizabeth Juhnke.

The final set went into extras as the Coyotes got the set win 16-14 with Juhnke getting the final kill to win the game as she recorded a season-high 28 total kills in the game.

Despite Omaha winning or being tied with the Coyotes in all stat categories except digs, they still ended up falling to USD.

Denver got started early as they took the first set 25-20 they hit slightly better than the Coyotes with a .154 compared to South Dakota’s .146. Denver also had four less errors leading them to take the set.

South Dakota bounced back taking the next three sets and winning the match. In the four set match, many Coyotes broke personal records.

Following the Omaha and Denver games, the Coyotes have a 13-1 record and are 2-0 in conference play.

The Coyotes now look to Tuesday Sept. 27 where they will take on North Dakota State in Fargo, North Dakota.