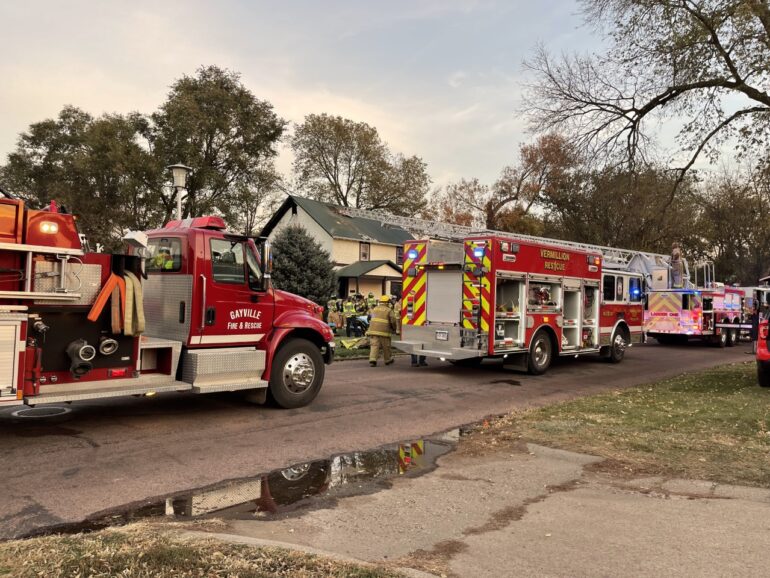 Around Town
Multiple first responder units worked together to put out the house fire. Sydney Johnson | The Volante

The first units to arrive on the scene saw heavy smoke and flames coming from the back of the home. Everyone in the home was evacuated without injury.

The Vermillion Department was aided in controlling the fire by neighboring fire and EMS departments including Gayville, Wakonda, Yankton and Elk Point. With help from these other fire departments, the firefighters were able to extinguish the flames in the roofline and interior walls, however the house still sustained major damage.

In the attempts to stop the fire, no civilians were injured, one emergency personnel received minor injuries and two pets perished in the fire.

The American Red Cross assisted the family of four displaced by the fire and helped them find somewhere to stay.

The cause of this fire still remains under investigation as of a press release made by the Vermillion Fire EMS Department on Oct. 21. Check our Twitter @TheVolante for updates as we receive them.