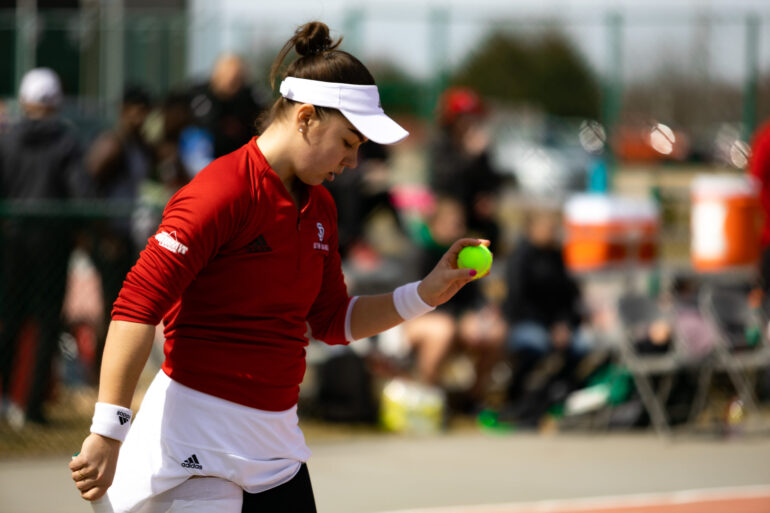 Head tennis coach, Brett Barnett, thinks the team has a great chance to be very successful not only this year but for years to come.

“We have a good team with some returning players and some transfers, and we had a good scouting class getting some young talent,” said Barnett.

Barnett feels that the program had a successful scouting season, getting two first-year students in Anna Medvyedyeva and Selena Bird. Coach Barnett said he is very optimistic about them playing well this season and upcoming seasons.

Despite most teams wanting to know who will play in which spot, Barnett welcomes change in the lineup. He wants the players to be put in the best place for both them and the team to succeed.

Barnett said, “they are going to try some new double pairings this weekend,” as they prepare to go against the University of Sioux Falls.

The Coyotes have a challenging nonconference season ahead of them as they play Minnesota, Colorado State, Nebraska, Missouri, Northern Illinois, Colorado, Fairfield, Navy, Valparaiso and Wichita State.

“It’s a power five based schedule, so it’s going to be tough. There’s no hiding that,” Barnett said.

However, Barnett is optimistic that the strong schedule will show them where they rank and how good they will be.

The Coyotes have dropped their first two meets of the year, getting swept by both No. 22 Iowa State and Drake.

Following the losses, Barnett said the team needs to make lots of improvements both in their game and physical readiness.

Their next match is on Jan. 27, at 11 a.m., against Sioux Falls University on the road.