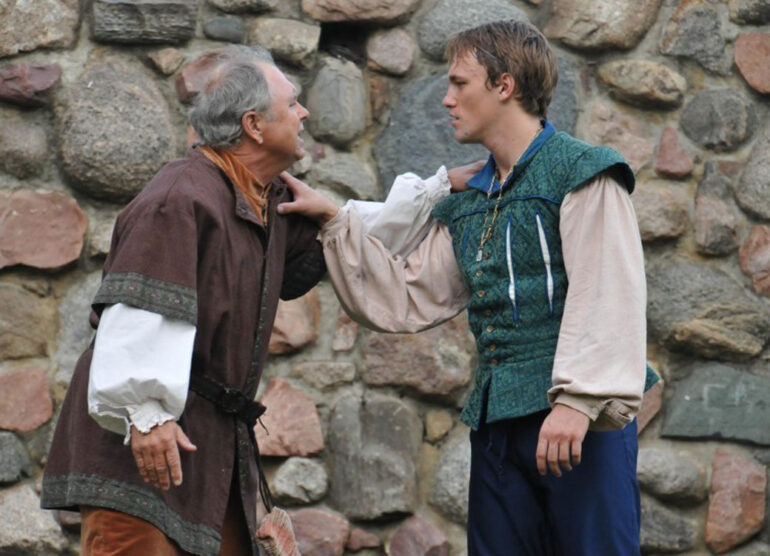 A sprinkle of theater culture is coming to Vermillion this summer as part of the third annual South Dakota Shakespeare Festival.

The comedy ‘The Taming of the Shrew’ will be performed outdoors in Prentis Park this year. The production includes nationwide talent, including eight students from the University of South Dakota. Rehearsals for the comedy will begin after the end of the semester.

Professor of theater and founding artistic director of the festival Chaya Gordon-Bland said performing outdoors is worth the risk.

“We take on these challenges because the payoff is so grand,” she said. “It’s kind of its own art form.”

Outdoor performances bring out challenges of producing strong sound quality in case of wind, Gordon-Bland said, and In case of rain or extreme winds, the comedy will be moved to Vermillion High School.

“Ideally, the show goes on,” she said.

Sophomore Kelsey Mitteness will play Widow in the production. Mitteness said performing outside pushes a production to be adaptable.

“With anything, you have to prepare yourself for what might happen,” Mitteness said.

Gordon-Bland said the comedy was chosen because it is a recognizable Shakespearean work.

Junior William Mix will portray Vincentio in ‘The Taming of the Shrew.” Mix said the festival provides a gateway to Shakespeare for the community.

“It’s a great opportunity to get into classical work,” he said. “It’s a period style that’s unusual for people to see.”

Mix, who auditioned against actors from all over the country, including New York City, said he’s excited to work with cast.

“It gives a better sense of diversity,” he said.

His character, Vincentio, is the father of Petruchio, a part that brings its own challenges.

The festival’s first year drew about 1,200 patrons, a goal Gordon-Bland said the festival hopes to surpass this year.

Gordon-Bland got involved in the initiative to bring a Shakespeare Festival to South Dakota after learning the state did not have one.

“The question was why we didn’t have one,” Gordon-Bland said. “I really saw it as an opportunity to bring his work to this community.”

This year’s production includes a collaboration between the festival and the National Music Museum. The museum will include a special exhibit on instruments used in Shakespeare’s productions. Other community members will be involved in teaching workshops.

“This community is absolutely in the fabric of this event,” Gordon-Bland said.

Other workshops will focus on topics such as playwriting, dancing and stage combat.

Mix said although Shakespeare plays are not contemporary, they still connect with audiences.

“Shakespeare resonates in our daily lives,” he said. “It’s a good origin point to connect us back with history.”

“Even though the language is heightened, the storyline and humor are so modern,” Mitteness said.

The Shakespeare Festival will run June 13 – 15 with sessions taking place in the Warren M. Lee Center for Fine Arts and the National Music Museum. ‘The Taming of the Shrew’ will be performed at 7 p.m. nightly in Prentis Park.

The festival is coproduced by the student group Coyoteopoly.

Photo: Actors at the 2013 summer South Dakota Shakespeare Festival perform the play “As You Like It.” (File Photo)