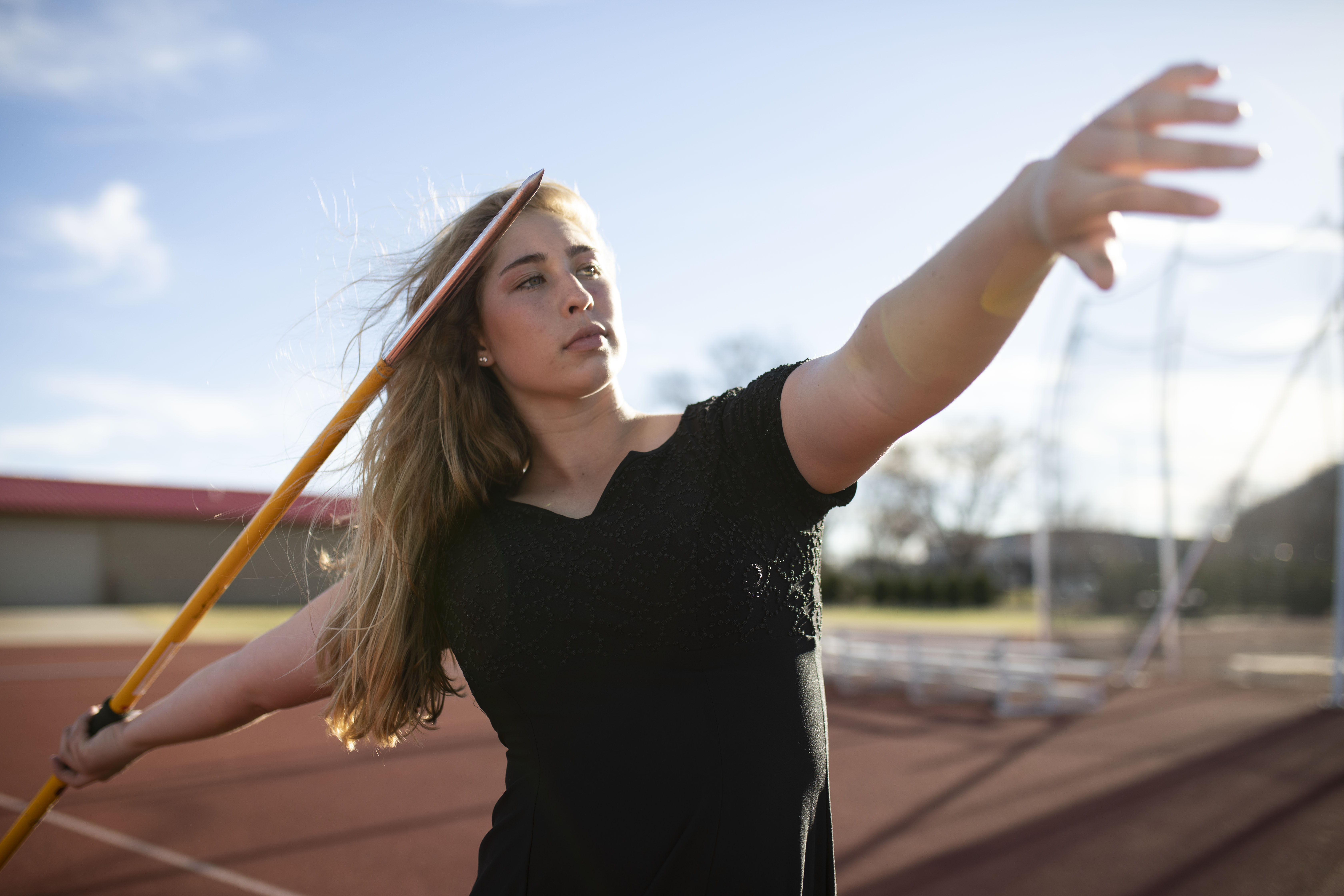 The student-athlete and the art major may be two stereotypes that mix like oil and water.

However, for USD students like freshman Katie Brust, balancing the two pursuits is as natural as picking up a paintbrush.

Brust discovered USD through an art portfolio review by USD faculty in Northfield, Minnesota. She said she wanted to pursue both a B.F.A. program and a B.S. in medical biology.

“The art was a determining factor for me just because USD offers a Bachelor of Fine Arts which is the most prestigious undergraduate art degree you can get. Getting a medical biology double major was just impossible at all the other places I looked, so I was really impressed with the flexibility of USD’s program,” Brust said.

Brust is just one of several athletes who is an art major of some sort. Of the four athletes interviewed for this story–Brust, Isaac Morris, Makenzie Burmeister and Josey Starner–they all agreed time management and organization are key to their success.

“The biggest issue that I’ve had in my time here has been scheduling,” Makenzie Burmeister, a senior art education major and soccer player, said. “Art classes are three hours long for studio classes, so trying to get the scheduling down where I can do it with practice times and not have it conflict has been an issue.”

“If it was only offered at the 2 to 4:50 time and I would have practice during that time, it would be kind of difficult,” she said. “I would have to miss practice or I wouldn’t be able to take it during a certain semester because I can’t miss practices at certain times of the year, so that’s like the biggest thing is just trying to figure out a time when I can get it all done.”

Isaac Morris, a junior fine arts major with a graphic design emphasis and a member of the diving team, was drawn to USD for both design and athletics. He said it’s hard to manage time around his studio classes.

“School comes first, so I make practice around school,” he said. “I finish all my classes before I go to practice. I missed quite a bit of practice last semester and this semester just because of being in class all the time for art. It just takes dedication, and you’ve got to stay on top of all your work,” he said. “It’s hard to catch up when you fall behind.”

Josey Starner is a freshman thrower and musical arts and strategic communication double major. She came to USD for the friendly environment on the track team. She said she’s been in at least four sports year-round for most of her life, so she’s used to the “craziness.”

“Our practices change all the time, so it can be kind of confusing sometimes because it just depends on the day and like where we’re throwing,” Starner said. “Mondays, Wednesdays and Fridays I have four or five classes each day, and then I have one to two practices within. I have hour breaks within my classes so I’ll run to practice real quick, come back to a different class and then go to another practice, then go to lifting. It’s a little bit much, but I love it.”

Starner said she’s used to having a busy schedule and making adjustments.

“I’ve been used to this my whole life,” she said. “I’ve always kept a good GPA and I’ve always been in choir, so I’m kind of used to the running around. You just get used to it. It can get stressful sometimes, but at least now I only have one sport so I’m focusing on one sport rather than a million.”

While Brust hopes to go to medical school after her undergraduate studies, she wanted to keep art as a double major.

“I didn’t want to lose the art even though I want to have a career path in science,” she said. “I think it’s always good to stay well-rounded and follow your passions, especially with creative things such as artwork. I’ve also heard that having a more diverse resume for med school is good to show that you’re a well-rounded student and you’re not only focused on the sciences.”

Brust, who is also taking 22 credits this semester, is an honors ambassador, SGA senator, study abroad ambassador and Beede-Mickelson Complex Council president, while pursuing her honors thesis on Vermillion’s architecture, said it takes “mad organizational skills” to keep up.

“I also want to start a hammock club,” Brust said, with a laugh.