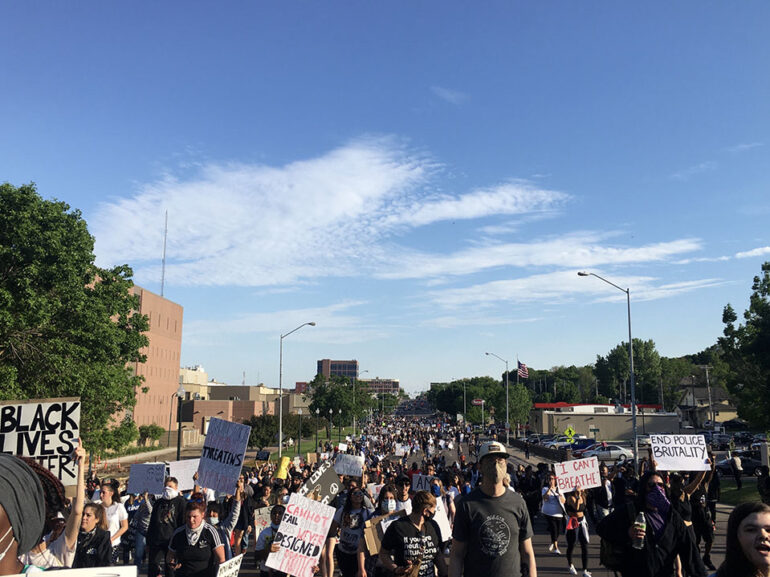 The United States is going through a lot right now. A tight presidential race, a spiraling out of control pandemic that is averaging 945 deaths per day, and boiling over racial tensions. On top of that, many students across the country are going back to school, sports are cautiously starting up again and it feels as though the country has never felt more divided. It’s hard to know what is important to focus on right now, but there is one thing that isn’t new.

Racial tensions in the United States have always been … tense, but the ruthless murder of George Floyd by Minneapolis police officers seemed to be the tipping point. Despite the full video of the murder circulating social media, Derek Chauvin was not arrested for four days. Meanwhile, the country was split in half. Those outraged at the death and inaction and those outraged at the destruction of corporate property.

Protesters all over the country, marched for days, weeks, months. They’re still marching now and it’s been over three months.

For white people, it’s important to educate yourself. It is not anyone’s job to educate you. You must seek out your own information. Listen to those who are speaking from experience. Change your opinions and attitudes. Understand that you’re not always right and that you’ll never truly understand the struggle of being black in America.

As a white person in America I know I just have a certain amount of privilege that black people do not have. I also know that it is not my place to educate those around me on the black struggle because I do not understand it. Instead, I can use my privilege to push people towards black voices that are speaking on their experiences and the injustices they’ve faced.

We live in the age of the internet, with information so readily available, being uninformed is no longer an option. And those who are uninformed are now choosing to be.

Educate yourself on what Black Lives Matter even means. Learn why saying “All Lives Matter” or “Blue Lives Matter” is a racial microaggression and brings attention away from the movement and discredits what Black Lives Matter means. All lives can’t matter until black lives matter. Blue lives aren’t a thing because cops can take off their uniform and go home at the end of the day. Black people are always black. The skin color that puts their lives in greater danger than of white people does not go away at the end of the day.

Understand why being outraged at looting and property destruction but not the systemic murder of black people is an enormous problem.

Change your attitudes towards Black Lives Matter. Listen to those who are speaking. Join those who are actively marching, protesting, and working for change.

Show up to support your black classmates, coworkers, neighbors and friends.

Equal treatment will win out. It always does, but it shouldn’t have to come with a fight.

History is watching. Will you be on the right side?