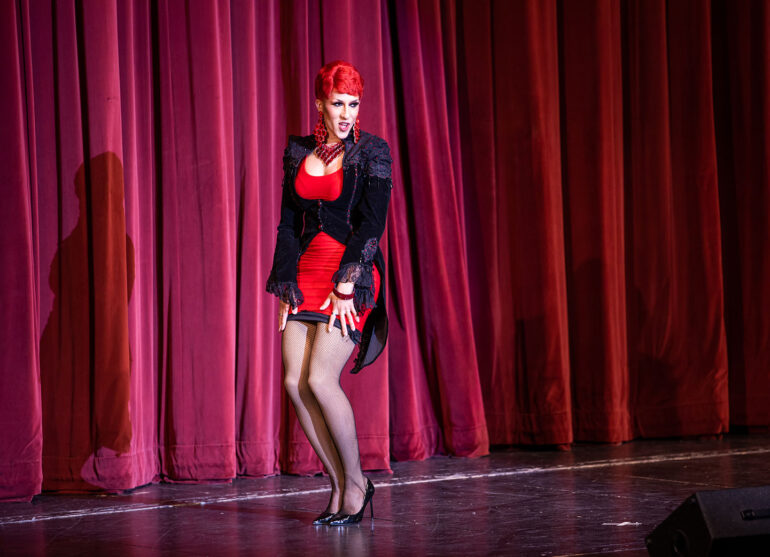 Spectrum, I CARE and Women, Gender and Sexualtiy Studies have teamed up to bring LGBTQ history to USD this October.

October is LGBTQ History Month and the three groups have ensured that there are many events and activities throughout the month to educate students and shed light on the long history of the LGBTQ community.

“It has been a weird year with COVID, but it’s great to try new things and give new events to students,” Jordan Bonstrom said.

Bonstrom, director of Student Rights & Responsibilities and interim coordinator of I CARE Sexual Violence Prevention Programs, said the events planned this month are in place to educate and bring awareness to the plights of the LGBTQ community.

“The main goal is to help students understand LGBTQ history,” Bonstrom said. “A lot of people just know marriage equality, but do not understand all the work that has gone into the LGBTQ community being accepted in America.”

So far this month, the three groups have collaborated on a film and a guest speaker. The film, “Forbidden Love: The Unashamed Stories of Lesbian Lives” details the lesbian community reinventing the way popular media perceived queer culture.

Sara Lampert, program coordinator for Women, Gender and Sexuality Studies, said the film is a powerful example of eliminating the stereotypes about the LGBTQ community.

“The film does a really good job about reclaiming the narrative of coming out and owning your sexuality,” Lampert said.

Spectrum also has its own schedule of events including the annual Drag Show and a Halloween Fashion show.

Coming up, the three groups are showing “Love, Simon” to demonstrate a positive LGBTQ story.

“The big point for ‘Love, Simon,’ is that we are hoping to combine LGBTQ history and healthy relationships,” Bonstrom said, “We want to have positive representation and ‘Love, Simon’ gives those examples.”

This month, I CARE is also promoting healthy relationships for all sexualities, Bonstrom said, but especially LGBTQ relationships both romantic and platonic.

“There aren’t enough examples of healthy LGBTQ relationships in the media, so we are working on showing as many healthy relationships as possible this month,” Bonstrom said.

Lampert said this event is important due to the limitations of pop culture in American media.

“Popular culture does not do a good job about showing healthy relationships in general, but specifically there is a lack of positive relationships for the LGBTQ community,” Lampert said.

These events are important for education, but also crucial during a time of unrest in the country Lampert said.

“I think it is really important for people to see many different stories especially stories that are positive and affirming,” Lampert said, “particularly right now where there are so many attacks happening on LGBTQ rights.”

These events are not just for LGBTQ students at USD; Lampert and Bonstrom encourage all students to come and learn about LGBTQ history as well as continuing their education after the month ends.

Spectrum was contacted for the story, but did not respond in time for print.