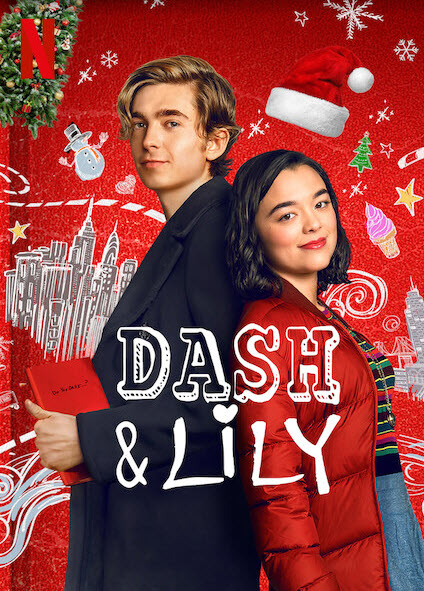 Usually Hollywood likes to repackage stories and give the same thing every year for Christmas, which ultimately makes me dread the screens this time of year. This show, at first glance, sounds like the usual but turns out to be the gift we all deserved.

“Dash and Lily” is a new show on Netflix based on the book “Dash and Lily’s Book of Dares.” Out of all the rapidly growing list of Christmas originals that Netflix is adding to its service, this one might be the only one with the substance.

The show is about a girl who leaves a journal in a bookstore full of dares in hopes of finding a boyfriend. This eventually leads to the two becoming close but with the exception of never actually meeting in person, only communicating through a journal.

I went into this very cautious thinking it was going to be cringey like many other book adaptations Netflix has chosen recently and rom-coms in general, but it surprised me and made me rethink bias against rom-coms.

It turned out to be more. Both characters help each other become their better selves by going outside their comfort zone and the guy loves Christmas again.

The premise itself feels refreshing to watch, it’s not the conventional plot we usually see in these types of movies but is still reasonable and an attention grabber for audiences.

Many shows these days are trying to make a statement or try to be an eye-opening experience to viewers. “Dash and Lily” just asked the audience to join their adventure if they pleased, they didn’t try to be spectacular, they just told a story.

This works heavily to their advantage as I left the show feeling content, happy and excited for the holidays, and the little adventures that may come.

The lead actors Austin Abrams and Midori Francis make the show. Their characters had barely any screen time together but the actors were still able to show the great chemistry between their characters Dash and Lily.

While it is geared towards a younger crowd, I do believe this would be fun to watch for all ages and to watch with family.

“Dash and Lily” is a great show to get you in the holiday spirit and is not like the usual Christmas entertainment that comes out this year.