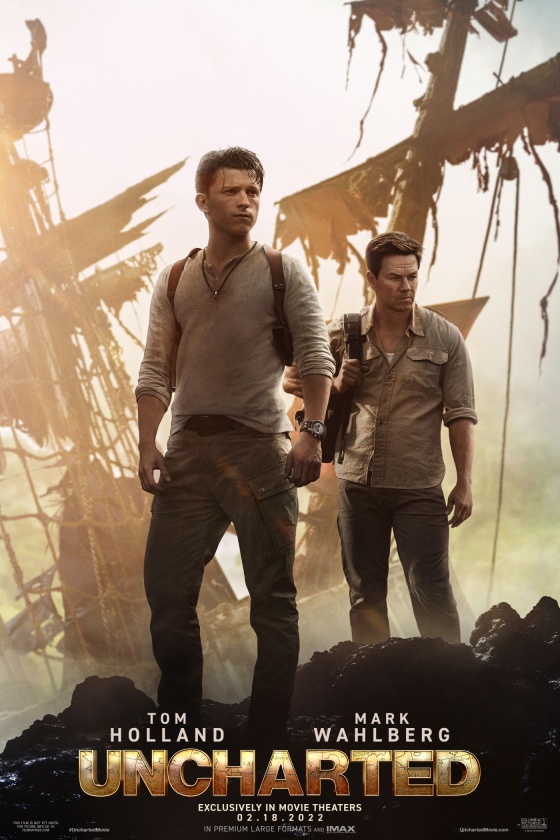 On Feb. 18, the movie inspired by Indiana Jones and the game by the same name, “Uncharted,” was released to theaters. Starring Tom Holland and Mark Wahlberg, this search for a 500-year-old lost fortune is an easy watch.

The movie follows Nathan Drake, played by Holland, whose brother Sam, played by Rudy Pankow, abandoned him when he was following an incident looking for a lost fortune. A grown up Nathan Drake is approached by Sam’s former partner Victor Sullivan, played by Wahlberg, to continue the search for the 500-year-old lost fortune. Along the journey, the pair ran into others with more resources in search for the lost gold. Nate and Victor have to find a way to trust each other in this double crossing world to get the gold.

It’s very clear this movie is reaching for a new film franchise. I don’t really doubt Sony will get at least three movies out of this story. Like myself, people will flock to the theaters for Holland. After watching this movie, I understand this is going to become another cash grab storyline.

The movie received mixed reactions from critics, regular audiences and original fans of the game. I never played the video game before but considering most video game movies flop, this wasn’t too bad. It isn’t exactly a step back or forward, it is what it is.

Holland takes on most of the action in this movie and proves he doesn’t need the Spidey Suit to make it in an action film. Wahlberg and Holland show some good chemistry on screen through Victor and Nathan. The movie is full of jokes and funny quips at each other. It almost seems like a tradition when setting up a duo.

I went into this movie with the impression it wasn’t going to be anything spectacular and my assumptions were correct. The movie goes through the motions of a regular treasure hunting movie and uses action sequences to take up time. The story is surface level and gives the talented actors little to work with. It felt like everyone was told this was a cash grab and everyone was fine with it.

There are some great action scenes mainly carried out by Holland that help show off the budget of the movie. “Uncharted” takes every chance to show off what it has and who it has, but never shows off a script with depth or originality.

I think if you’re looking to get out of the house and do something casual and fun with your friends or family, “Uncharted” is just an easy action adventure. It’s nothing special and I don’t think it really wants to be.