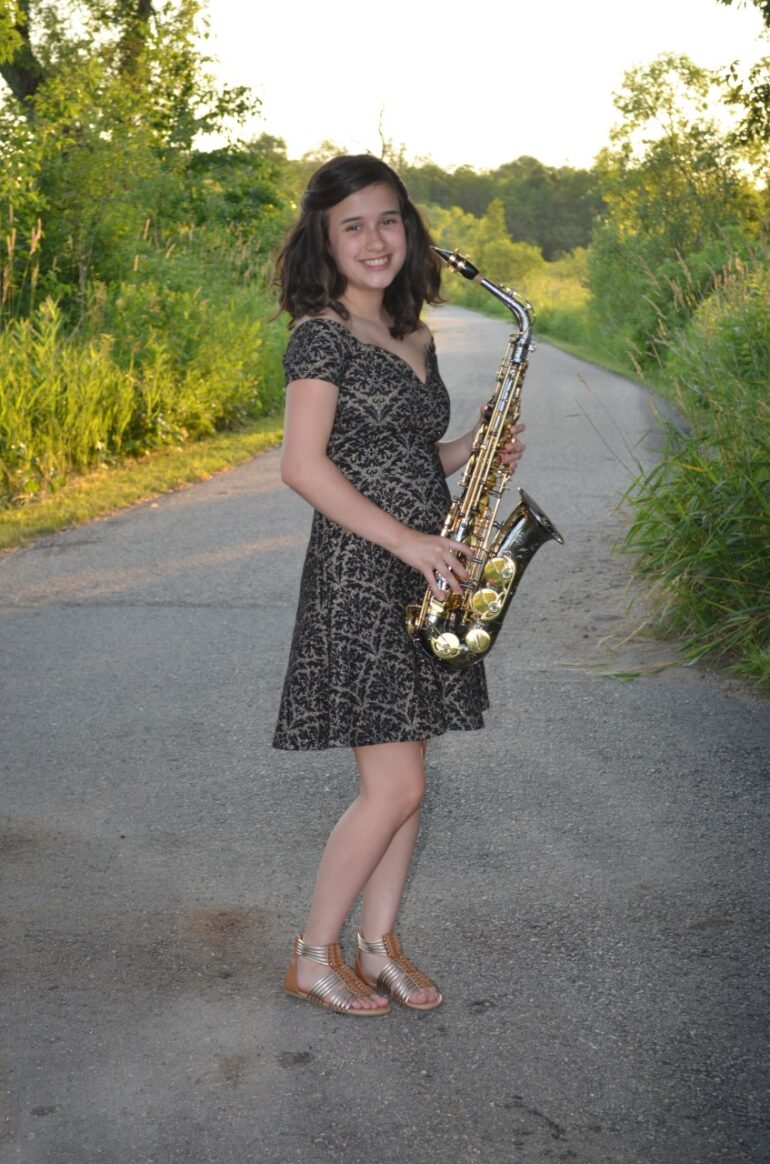 Cheyenne Nikolaus is preparing for her last hoorah as a USD student where she will be performing in a recital featuring her saxophone skills prior to graduation.

Nikolaus has been playing the saxophone for eight years and cannot see herself doing anything else.

“I’m too far in to quit,” Nikolaus said.

She grew up with music in her household, specifically the saxophone. Her sister played the alto saxophone which began Nikolaus’ love for music from an early age. She said she felt that her sister was so cool for being able to play an instrument and Nikolaus grew an interest as well.

To start her musical career, Nikolaus took her sister’s old alto saxophone and started playing it in her school band and she said “the rest is history.”

Her upcoming recital is on Nov. 13 at 6:30 p.m. in the recital hall of the Fine Arts building.

She has been preparing all semester for this recital, due to the fact that she had to learn new music which is different from what she is used to.

“This music challenged me, but in a good way,” Nikolaus said.

Nikolaus said the most intense piece of music she had to learn was Diversion by Bernhard Heiden, which is approximately seven minutes long.

She will be accompanied by piano player Deanna Wehrspann, as well as a chamber group throughout her recital.

She said she is both excited and nervous. This is something she has been thinking about since her freshman year.

“It’s a stressful part of being a music major, the fact that you have to do a recital, it is constantly looming over you,” Nikolaus said.

She said that the process was made easier by the professors and music lesson teachers she has had over the years. Part of the reason Nikolaus is nervous is because she sees music as her passion and the performing part is just a caveat of the passion.

“I wouldn’t call myself a performer, I am not interested in being the best saxophone player ever,” Nikolaus said.

As a music education major, Nikolaus plans on using her talents as a beginning band teacher, or a middle school band teacher. She would like to move to Colorado or California to teach music to kids after her time at USD.

Even though Nikolaus has been practicing for her upcoming recital for months, she said performing isn’t her biggest musical interest, she would rather teach as a way of continuing her love for music.

“You don’t have to be the greatest performer to be the best teacher,” Nikolaus said.

She wants kids to know that anyone is capable of playing music or making music.

“You just have to set aside time to practice and practice a lot, but it is worth it,” Nikolaus said.

Just like Nikolaus did eight years ago, she hopes to go on to inspire a new generation of children to begin their musical journey and help them explore all their opportunities as their teacher.