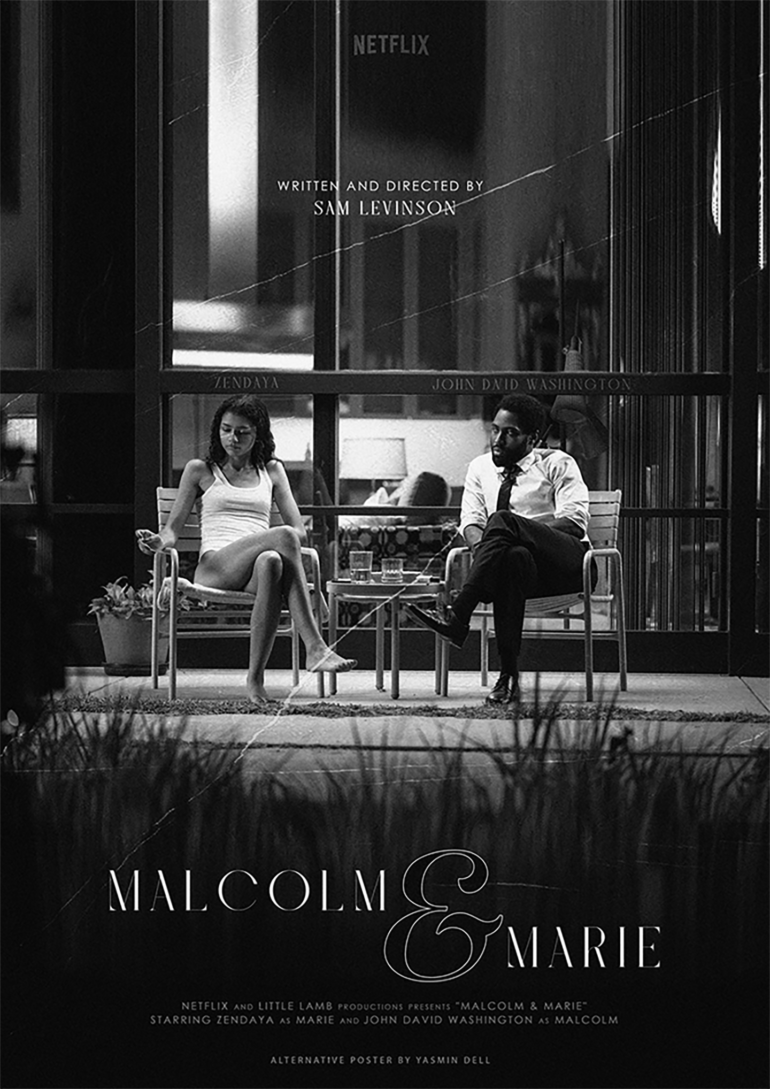 The film “Malcolm & Marie” was released on Netflix over the weekend. Although it is complicated and kind of difficult to watch at times, it is the right film to help start a conversation about toxic relationships or to follow this years award season.

The film follows Malcolm and Marie who just arrived back home from a successful movie premiere directed by Malcom and soon the couple starts a fight that lasts the whole night and unravels into the bigger issues between the couple.

If there is one thing I want to stress is that you can not choose to watch this movie at random. It has to be intentional because listening in this film is key. I never felt like I was being told to choose one side of the relationship, simply that I was supposed to listen to both their arguments towards each other.

At the end of the film it will leave you feeling like you were a part of the complicated relationship between Malcom and Marie.

I loved the choice the director made to make the film black and white. Even though the film has amazing cinematography, the director, Sam Levinson, says to focus on the sound, focus on the tone of their voices from their screams at each other, to the couples laughs when the easy moments hit, to the silence of waiting to see if the fight is over yet.

It made the feeling of being a part of the film and the relationship just that more intense. Nothing shown in the film is unintentional.

The power and driving force behind the film would have to be the performances given by Zendaya and John David Washington. Throughout the film the two have many monologues that spread from deep conversations about their relationship to the reasons why the “Lego Movie” is pretty awesome.

With just the two of them on screen you would think it was hard to build a world or at least a story. However, the actors and the script are able to help the audience visualize what happened before the fight arose.

The film has received backlash for the 12 year age difference between Zendaya and John David Washington. The film explains the age difference and I believe it is unwarranted. This happens a lot in Hollywood and in life and the only difference here is that we saw Zendaya on Disney Channel. Zendaya gets better every time she appears on screen and we should focus on that.

The real problem with the film is that it can feel very long and draining at times. It is almost two hours of constant fighting. As an audience you are practically begging the screen to take a break and just asking the couple to go to bed. And at the end are just wondering if there was a point or, at least a resolution.

I guess that is what the film wanted to showcase. A toxic relationship and what happens when you finally start to talk your feelings out and finally let your partner know what the issue is.