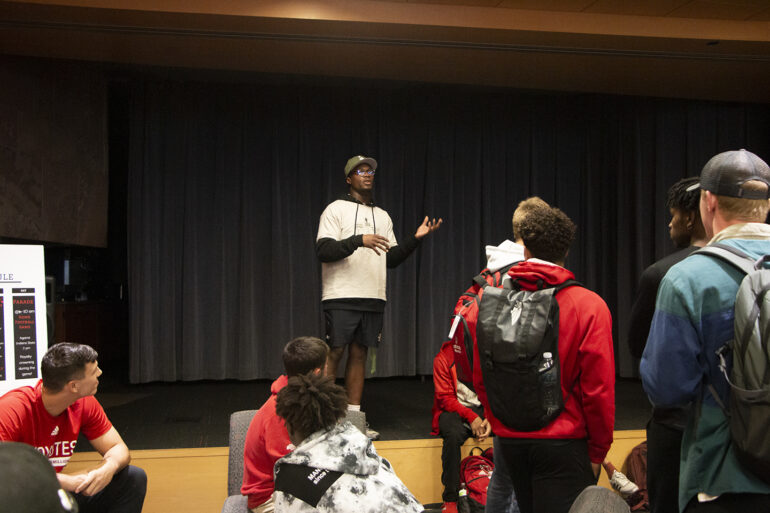 Events
The organization aims to include all people regardless of their cultural backgrounds. Bennett Clary | The Volante

The Cultural Wellness Coalition (CWC) is a new organization on campus that strives to include all students and teach them about different cultures through events like movie nights.

In an email interview with The Volante, junior Media & Journalism major Kayla Saleem said that the CWC was started last year after the murder of George Floyd.

“We started with a march on campus and since then we’ve hosted meetings and events to help educate and foster healthy conversations on culture,” Saleem said.

The CWC hosted their “Back Outside” kickoff event Monday. They provided food and games, and answered questions students had about their organization.

Co-founder and current president of the CWC Dakota Smith said the CWC strives to educate and inform people, especially when it comes to racial disputes, because the goal is to teach people about what they don’t know.

Saleem agreed that the CWC is an important bridge that students should care about because it is easy to be surrounded by only one culture when students don’t seek them out.

“(The) CWC, unlike other groups on campus, strives to incorporate all cultures,” Saleem said. “Last year we hosted a film festival providing films about Native American, Asian and African American struggles & cultures.”

Smith said it’s possible students would have the misunderstanding that to be involved in the organization they have to be Black or have a certain political view, but he said they aren’t any of that.

“We just want to unite people,” Smith said. “You can be from any sort of background, you can have any sort of political belief as long as you love people and you love the people around you and you love this community, you can join our group and positively impact things and educate people further on the world around them.”

If students want to be a part of something bigger than themselves, Smith urges them to join the CWC because not only is educating people important to them, but creating a family atmosphere within the organization is too.

“We hope that people walked away and they got a feel for the atmosphere that we bring, the kind of unity that we want on this campus, how we want to continue to positively impact this beautiful campus in this beautiful community that we love, and it’s the only reason that we do this is because we love it,” Smith said.

More information about the CWC can be found on their Instagram @usdcwc.