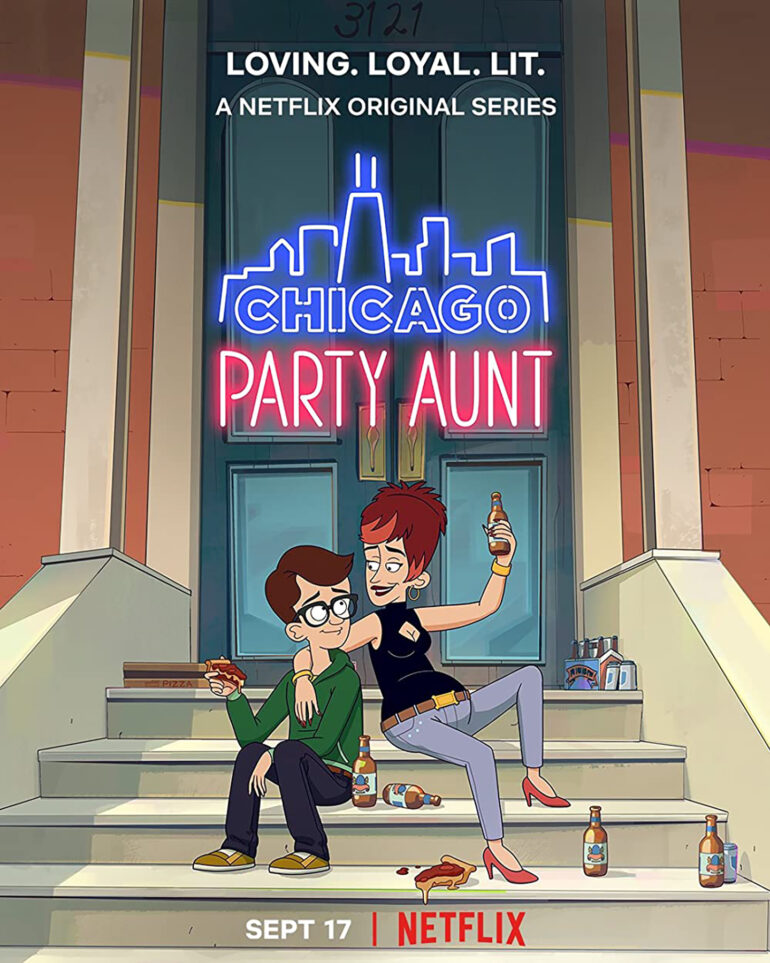 Netflix and adult animated comedy is a mixed bag. There are shows like “BoJack Horseman” that are groundbreaking, and then there are shows like “Big Mouth” which leave everyone questioning if it really should have been animated. Both are watchable and memorable, but with Netflix’s new show “Chicago Party Aunt,” there is barely any real substance to talk about. Nothing really stands out in a controversial or funny way.

“Chicago Party Aunt” follows Diane and her nephew Daniel living together in Chicago and trying to figure out their lives. Daniel skipped going to Stanford to focus on his art and what he really wants to do in life, and Diane just wants a free place to stay and party. Diane is there to help Daniel figure out how to be an adult, but she is more focused on drinking than being a proper adult.

Diane was just not a very likeable character. She cared about her family, but they weren’t her top priority. She was only really concerned with herself and nowhere throughout the show does she grow as a character. There are constant comments to her that she has never experienced real consequences and she needs to do better, but they really amount to nothing in the end.

The interesting part of this show is that it is based off of a Twitter account. @ChiPartyAunt was a character created by Chris Witaske. The account is all about this party aunt and all the racy things she has done around Chicago. The audience for this show is niche, and I guess this show is more for someone from Chicago than for everyone.

One highlight I found in this show was the LGBTQ representation. Daniel, the nephew, is gay. He was, in hindsight, more developed than Diane. Him being gay wasn’t his only character trait and it wasn’t something added in to help the show add runtime or check a box. It was done naturally. Daniel’s storyline was the best executed one out of all the others in the show.

If I’m honest, I was more engaged in the story when Diane wasn’t on screen. All she did was destroy stuff and talk loudly. The secondary characters were more interesting and had funnier scenes, and had more than one character trait.

It wasn’t unwatchable, but I definitely won’t remember this show in a week or so. If you need something to watch in the background, this is an okay choice.