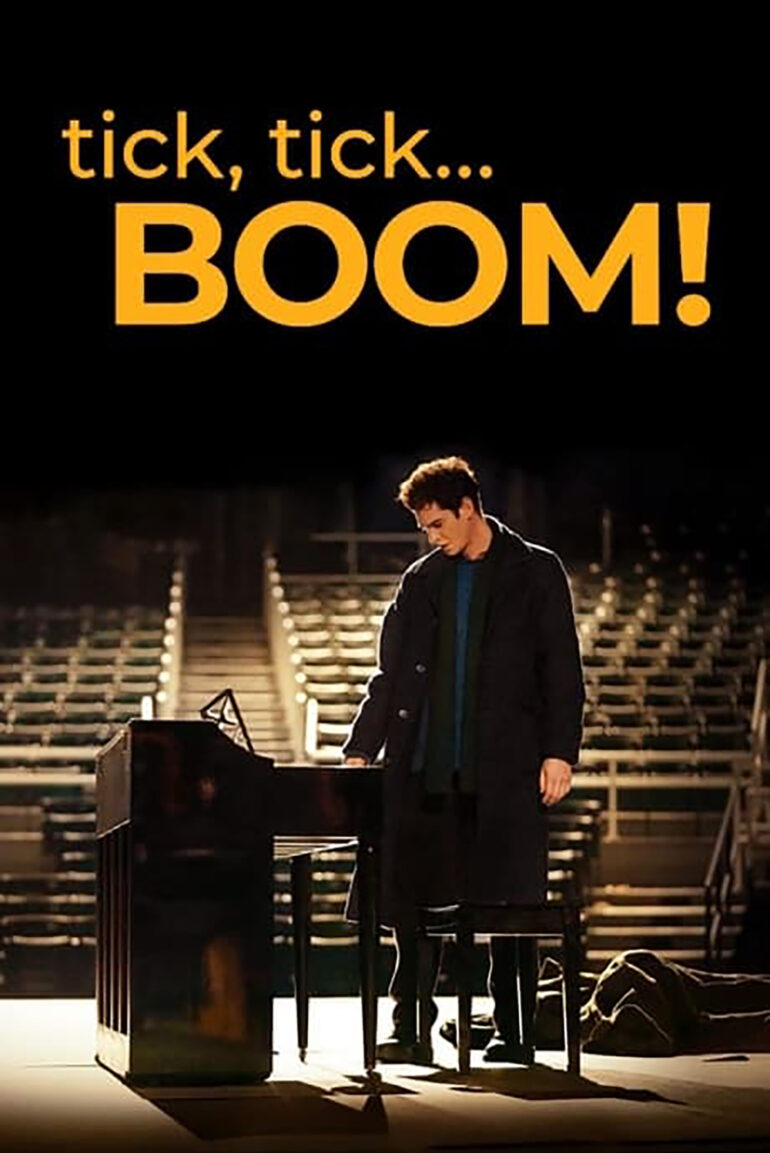 Before Marvel’s “No Way Home” movie comes out that Andrew Garfield is suspected to be in, Garfield was able to remind people that he is a fantastic actor in the new Netflix movie “Tick, Tick… Boom!”

This film is based on the autobiographical musical about playwright Jonathan Larson. This is about his life before he wrote the musical “Rent.” In the film, Larson is about to turn 30 and has been working on a musical, “Superbia,” that is getting close to the stage of Broadway. His focus on the musical creates conflict with his friends as he is trying to balance his life and need for writing.

There are many famous actors in this film like Alexandra Shipp, Vanessa Hudgens, Robin de Jesús and Andrew Garfield. The script was amazing, giving every actor a chance to truly represent their characters and show great range.

The standout was Robin de Jesús, whose character, Michael, had one of the most impactful stories that drove Larson’s character forward. Jesús gives a touching performance, and I hope he is nominated for an Oscar in the near future.

Lin-Manuel Miranda has been working with Disney and other major films writing music and acting in big projects like “Moana,” “In the Heights” and, more recently, “Encanto”. But “Tick, Tick… Boom!” is his film directorial debut.

It’s no wonder as to why this is probably the best film I’ve seen based on a Broadway musical with Miranda as its director. It’s a loving and respectful tribute to Jonathon Larson, as Miranda was able to capture the mind of a relentless playwright.

The film dives into the mind of Larson and how he is able to turn anything into a song and eventually a touching musical. The cinematography and choreography of the scenes beautifully reflect how many Broadway shows are directed. Other films that try to resemble the Broadway style, like the “Greatest Showman,” felt closed in, but with the vision of Larson, the scene and set felt endless.

Every song in the film comes from the original “Tick, Tick… Boom!” musical. Garfield has never sung professionally before, but you could never tell from his performance. He brings such strong emotions through the screen with every song, giving audiences a richer connection to Larson’s story and his struggles.

In the film, Larson is struggling to pay bills and to accept the reality of his situation. Larson has centered his life and motivations on changing Broadway. Larson is relentless in completing his musical, which he has been working on for eight years, and putting it on Broadway. Thus, his personal life is an afterthought compared to his work.

The musical he is working on is called “Superbia,” and is about a dystopian earth where emotion is prohibited and everyone watches the rich through screens. With the grandness of this musical, it is a hard sell to people on Broadway. Larson’s goal is to change Broadway and for it to start to explore themes that reflect the issues in the real world.

Larson’s relentless ambition for his work causes rifts in his personal relationships. His girlfriend Janet, played by Alexandra Shipp, wants their relationship to go to the next stage of moving in and having stable lives. She is trying to mention higher paying jobs and Larson is too distracted to notice. Unknown to Janet, we see how all these life-changing decisions happening at the same time are creating such a stressful situation for Larson.

Along with his relationship problems, Larson is dealing with grief and mortality. Three of his friends had died in the past year, which makes the idea of turning 30 more stressful as he has seen death take his friends with shorter lives than his own.

All this stress comes out in songs that would eventually be a part of Larson’s autobiographical musical. With every song, Miranda switches between the stage and the situation that inspired it as it is being sung, giving every song a more emotional punch.

This film is just amazing, fantastic and phenomenal! Andrew Garfield always shines and gives exceptional performances in everything he does, no matter what type of story, but in this film, he is more than exceptional; he is able to bring the soul of Jonathan Larson back, and at the same time brings a reminder of the original Broadway spirit to new viewers.

Also it made me cry a lot, and if I cried, you know it’s good.