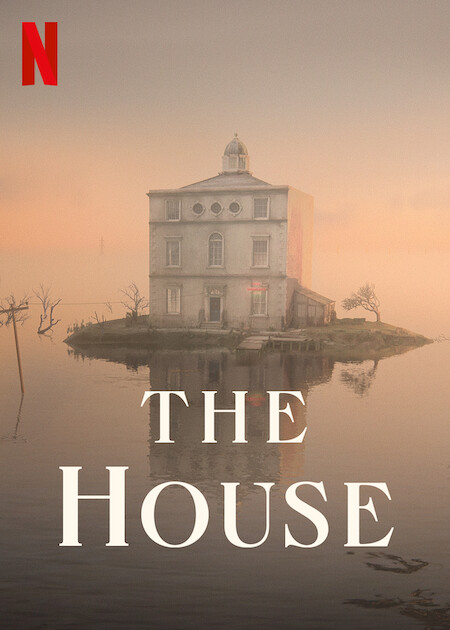 Stop-motion films have become a rarity in Hollywood. In 2021, there were only three fully stop-motion films, according to Wikipedia. As this film making process is very time consuming, this art form is dying as if it were the Latin language. So giving every stop-motion feature that comes by a chance is almost a responsibility to those who cherish film and cinema.

The film “The House” follows the three stories surrounded by the same house. To give as little spoilers as possible, in each story the main character(s) are trying to make a better life for themselves and believe that in some way this house will lead to that better life, but the house and the world around them starts to get in the way.

For the following part of this article, I’m going to do my best to not give spoilers because it is always better to go in blind with stories as abstract as these. Each story leaves so many different emotions that it’s better to explain how I felt rather than divulge the plot of the story. So that way you can experience it. For a final note skip to the last paragraph.

The first story is about a family who is mysteriously gifted a brand new house with seemingly no strings attached. This story follows a more horror genre narrative. I felt like it’s something I had seen before, but that did not take away from the jarring effect it leaves. As we come to learn throughout the stories, the house is a trap rather than a gift to salvation, in this first story more so than the others. It was claustrophobic in the sense that you were holding your breath waiting for it to end but also that there was nowhere to go, like in the story how there was no escape for the victims.

The second story follows a man (or rat) who has spent all his life and money on upgrading this house to sell. Contrary to what I have seen most viewers say, I believe the second one was more jarring then the first. It was easier to understand the perspective of the rat and feel his emotions. Through this rat, I felt the anger and disgust that was affecting him and the total despair everything led to. By the end of the story I felt ravaged and hopeless and about to fall to my knees and beg for an explanation of what just happened to me.

For the third and final story it follows a woman (or cat) who is trying to find the money to upgrade the house and hopefully bring in more tenants. Everyone around her except for two unpaying tenants have left as the world is flooding. She is forced to confront the water flooding in and that her dream may not come to pass. At least this one left on a higher note and brought back some hopefulness in me.

I appreciated that in the sense similar to the show “Black Mirror” each anthology story comes off very subjective. The individual stories left the viewer to decide what the moral of the story was. Still the abstract stories do leave for a good kind of headache that will leave you wondering what you just watched and whether or not you should scratch the itch to watch it again in hopes of understanding it just a bit further.